The late, great Harold Pinter, Nobel laureate and one of the 20th century’s most influential playwrights, died of cancer in 2008. Since then, A.C.T. Artistic Director Carey Perloff has been searching for the perfect opportunity to commemorate Pinter, with whom she worked closely for many years. On March 20, during the run of her own production of Pinter’s play The Homecoming, the A.C.T. community finally came together for an event that became known internally as the “Pinter Celebration.” Our goal was to create a space for theatergoers and -makers in the Bay Area to gather together and share their appreciation for the life and work of this extraordinary artist.
—The A.C.T. Intern Blog Quadrumvirate

The celebration began after the Sunday matinee performance of The Homecoming with “Pursuing Pinter,” a roundtable discussion among Perloff, Michael Krasny of San Francisco State University and KQED’s Forum, and noted Pinter scholar Austin Quigley from Columbia University. Facing a packed house of Pinter aficionados, and led by A.C.T. Resident Dramaturg Michael Paller, who served as moderator, the group enjoyed a lively conversation on the American Conservatory Theater stage about the known, the unknown, and everything in between in Pinter’s work. Then members of the cast of The Homecoming—René Augesen, Anthony Fusco, Adam O’Byrne, Andy Polk, and Kenneth Welsh—were joined onstage by A.C.T. Associate Artists Gregory Wallace and Giles Havergal and A.C.T. favorites Ken Ruta, David Strathairn, and Marco Barricelli to read scenes from some of Pinter’s best-known works: The Birthday Party (1958), Old Times (1970), Betrayal (1978), and—fittingly—Celebration (1999). 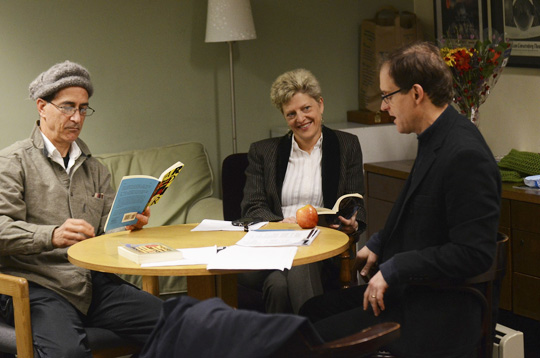 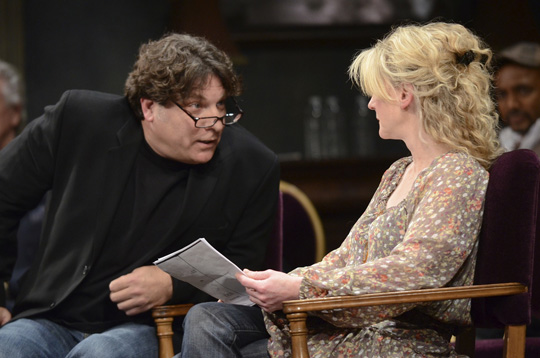 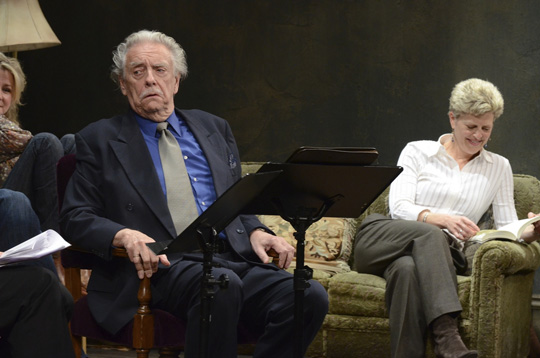 After a dinner break, we reconvened in the theater building for “Basement Pinter,” a less formal celebration for an invited audience from the Bay Area theater community, as well as A.C.T. staff, students, artists, and friends. On arrival, audience members were sorted into two groups (known only as “1” or “2”) and directed to the Sky Lobby bar, where, after a preshow drink, they were escorted by tersely Pinteresque guides (A.C.T staff and fellows wearing “0” pins) either to the Garret or to the bar in Fred’s Columbia Room in the theater’s basement, depending on their number. Pinter’s The Collection, directed by A.C.T. core acting company member Manoel Felciano (a production that originated in January’s Sky Festival), ran in the Garret, while the downstairs audience was treated to “A Collection,” a series of short pieces and excerpts curated by The Homecoming assistant director Michael Schwarz and created by A.C.T. staff, fellows, M.F.A. Program actors, and others. After an hour’s performance, the two audience groups switched locations—after colliding briefly in the Sky Lobby for an intermission drink. 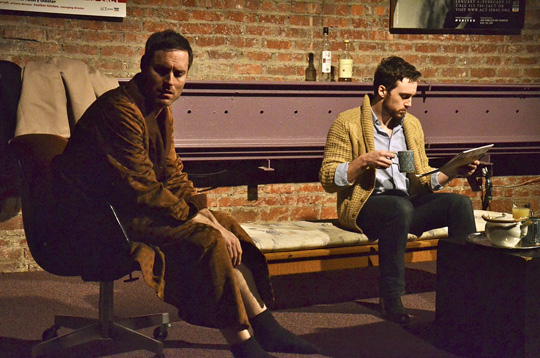 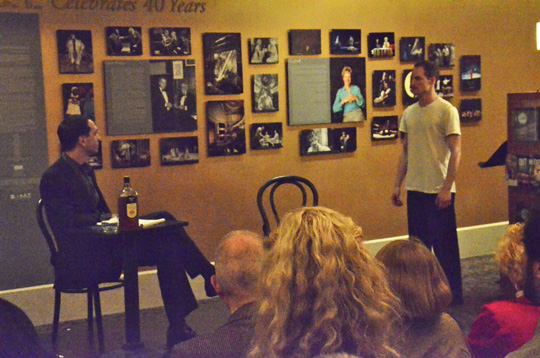 (L to R) A.C.T. M.F.A. Program students Richardson Jones and Ethan Frank in One for the Road 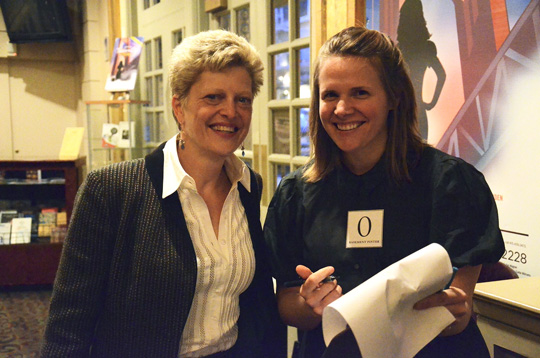 (L to R) Carey Perloff with one of the “Pinteresque guides,” A.C.T. Artistic Associate Carly Cioffi

“A Collection” began with an excerpt from Pinter’s seminal 1962 speech “Writing for the Theatre,” read by A.C.T. Conservatory Director of Academic Affairs Jack Sharrar. The program ended, though, with Pinter’s own voice—in an excerpt from one of his last public interviews, recorded in 2008. At the end of the clip, Pinter jokingly asks whether it’s time for a drink yet, and then reads from one of his many love poems, “It Is Here”:

What sound was that?
I turn away, into the shaking room.
What was that sound that came in on the dark?
What is this maze of light it leaves us in?
What is this stance we take,
To turn away and then turn back?
What did we hear?
It was the breath we took when we first met.
Listen. It is here.

The audience on tape applauds the reading right away, but down in Fred’s the audience let Pinter’s words linger in the room for a quiet moment, listening to his silence. Then we went upstairs and had a last drink in honor of Harold. 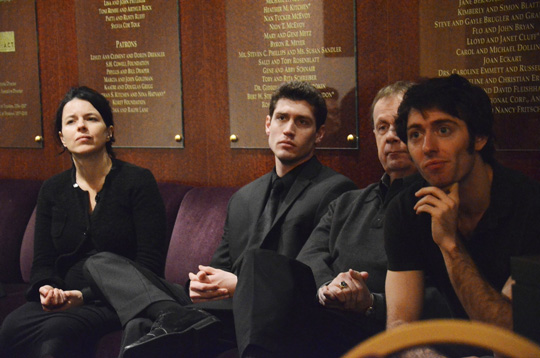