Showing posts from January, 2017
Show all

An Extraordinary Journey: An Interview with Playwright Ursula Rani Sarma 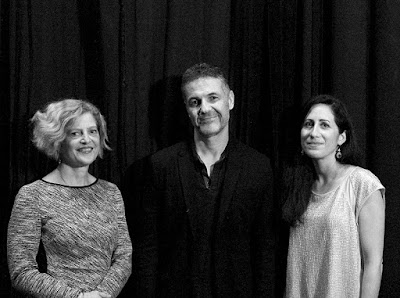 By Simon Hodgson “Adapting to the theater from another medium is really a collaboration from the moment you begin writing,” says Ursula Rani Sarma, the Irish Indian playwright adapting A Thousand Splendid Suns for the stage. “I imagine it as a process of discussion with the original material, a conversation that allows me to seek out the vital dramatic elements and reimagine them on the stage.” Just before rehearsals for A.C.T.’s production started, we caught up with Sarma to talk about adaptations and Afghanistan. A.C.T. Artistic Director Carey Perloff, novelist Khaled Hosseini, and playwright Ursula Rani Sarma. Why were you interested in adapting A Thousand Splendid Suns for the Geary stage? Not only had I huge respect and admiration for the novel itself, but I also responded both intellectually and emotionally to the strength and determination of its central female characters. I found the setting and landscape incredibly evocative, and I fully appreciated how Khaled [Ho
Read more 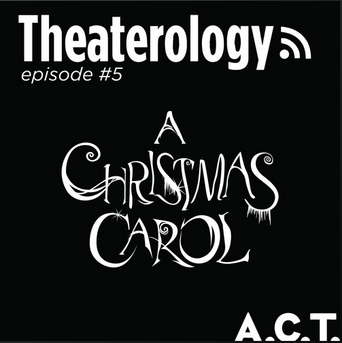 By Shannon Stockwell Did you know that A.C.T. has a new episodic podcast called Theaterology ? Hosted by Resident Dramaturg Michael Paller and created by me, Publications Associate Shannon Stockwell, each episode of Theaterology dives deep into the plays on our stages. Some episodes are interviews with artists and actors; some are This American Life –style documentaries; some are informative and engaging discussions of historical and contextual topics explored in the plays. Artwork for Episode 5 of Theaterology . By Shannon Stockwell. The first season of Theaterology began with our first show of the season, King Charles III . The hit play was about the newly crowned King Charles III fighting against Parliament to keep the press free in the United Kingdom, despite the rampant injuries caused by the tabloid press. The episode , therefore, was an enlightening explanation of the history of press freedom in the United Kingdom, going all the way back to the birth of the printin
Read more 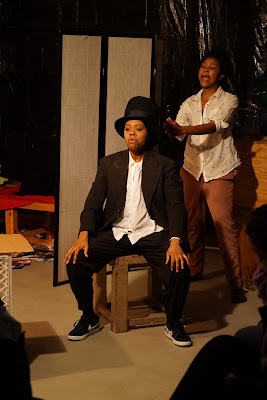 By A.C.T. Publications Staff M.F.A. Program Actors  Akilah A. Walker and Adrianna Mitchel in Topdog/Underdog . A.C.T. Sky Festival 2017. Photo by Jay Yamada. Last week, the studios of 30 Grant were a hive of activity, as the Master of Fine Arts Program actors strutted their stuff during A.C.T.’s Sky Festival. In just four short days, they proved that you only need a good text and great actors to make a magical piece of theater. This year’s festival was a melting pot of artistic visions. American plays from such stalwarts as Tennessee Williams, Eugene O’Neill, John Patrick Shanley, and Suzan-Lori Parks were performed next door to classics like Faustus and Tartuffe and newly devised one-man shows, written by the M.F.A. Program actors. Sky Festival is a unique event in A.C.T.’s calendar. It is one of the few times where you can see actors perform so close to you that they are almost in your lap, where you can see Conservatory Director Melissa Smith act alongside first-year
Read more

Act One, Scene One: A.C.T.'s First Production at The Geary Theater 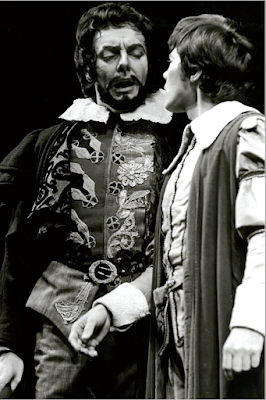 By Elspeth Sweatman Fifty years ago this Saturday, A.C.T.’s first production at The Geary Theater opened. And under those bright lights was actor Ken Ruta. Here are his memories of that magical evening, and the early years of A.C.T. Ken Ruta as The Player and Larry Carpenter as Guildenstern in A.C.T.'s 1972 production of Rosencrantz and Guildenstern Are Dead .  Photographer unknown. When did you start at A.C.T.? I was in the first play of the first season. Molière’s Tartuffe . I still remember opening night. Most of us were offstage at the beginning, and one of the actors was very nervous. He couldn’t stop stuttering. One of the great ladies in the company slugged him in the back. That cured him. Since it was Molière, it was written in Alexandrines, 12 beats to a line. Not iambs, which are ten [ He demonstrates by tapping on the table. ] Well I was the first person opening night to forget his lines. I had to ad lib in Alexandrines! I remember the door opening and the w
Read more 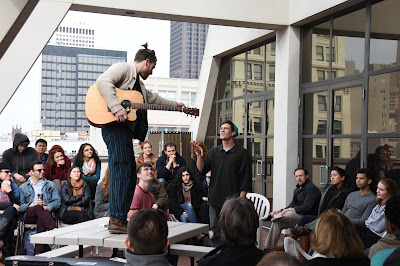 By A.C.T. Publications Staff There is drumming on the roof of A.C.T.’s administrative offices at 30 Grant Avenue. For seasoned A.C.T. staff, that sound means only one thing: Sky Festival. This annual festival of plays, one-man shows, and collaborative productions are put together by the Master of Fine Arts Program actors. Last year’s festival included Annie Baker’s The Aliens , a brand new work called 2.5 Asians , and a comic smorgasbord entitled 25 Plays in 50 Minutes . M.F.A. Program Actors Stephen Wattrus, Alan Littlehales, and Patrick Andrew Jones in The Aliens . Sky Festival 2016. Photo by Jay Yamada. For these hard-working actors, it is a unique opportunity. “Sky Festival gives us the opportunity to create art that we are truly passionate about,” says third-year M.F.A. Program actor Albert Rubio. “It provides us a space where we can—as Mrs. Frizzle from The Magic School Bus would say—‘take chances, make mistakes, and get messy!’” Sky Festival is not just an exciting
Read more 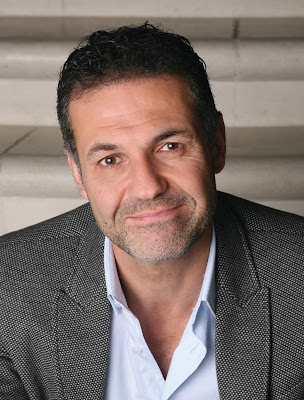 By Shannon Stockwell “There’s a collective experience that you have with an audience in the theater that is difficult [to create] anywhere else,” says novelist Khaled Hosseini, whose best-selling work A Thousand Splendid Suns is being adapted for the Geary Stage. “There’s a sense of immediacy for theater, which simply can’t be created [elsewhere]. On the right night, the room is permeated with something that’s really tangible—very difficult to describe, but very, very powerful.” Before rehearsals for A Thousand Splendid Suns began, we spoke with Hosseini about the theater and his writing. Khaled Hosseini. Photo by Elena Seibert. What has attending the workshops for A Thousand Splendid Suns been like for you? I think, as an author, if you’re allowing your work to be adapted into another art form by somebody else, you should divorce yourself from the idea that anything you said or wrote is going to appear in the other format. Some things work in one format and don’t in othe
Read more

Bill on Beckett: An Interview with Bill Irwin Part Two 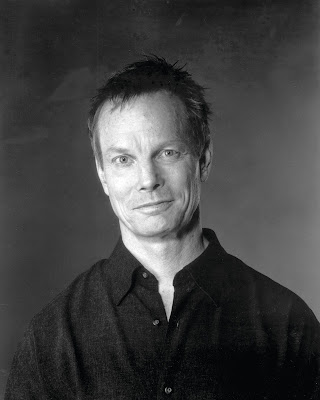 By Simon Hodgson With On Beckett opening at The Strand Theater tonight, we caught up with master clown and A.C.T. favorite Bill Irwin to talk about his five decades immersed in the words of Samuel Beckett. Back in December 2015, Irwin performed On Beckett in a brief engagement of three shows—all of which sold out. Now he’s back at The Strand for a longer run. “The Strand is a good box for this package,” he says. “It’s a space with a good sweet spot in relation to the audiences’s seats. It feels right in size, physical contours, and checkered history. It’s the right spot for the sharing I have in mind.” Bill Irwin. Photo courtesy of Concept Artists. How does your clowning experience inform your performance of Beckett’s work? It’s as much instinct as anything else. These two threads of work—baggy-pants comedy and Samuel Beckett’s writing—they just seem to connect. Beckett and his family went to the variety theater often; a point which his biographers make. His descriptions of
Read more

Bill on Beckett: An Interview with Bill Irwin Part One 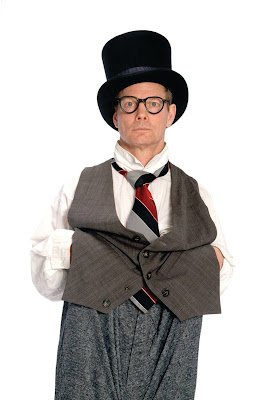 By Simon Hodgson Bill Irwin. Photo courtesy of Bill Irwin. Bill Irwin may be best known to Bay Area audiences as a master clown, but he has also spent five decades immersed in the words of Samuel Beckett. It was in the late ’60s, as a student at UCLA, that he was introduced to Beckett’s language. In 1987, after exchanging brief letters with the playwright, Irwin met Beckett in Paris. The following year, Irwin joined Steve Martin and Robin Williams in Waiting for Godot at Lincoln Center Theater. Over the last two decades, Irwin and A.C.T. have developed a partnership for his Beckett explorations. In 2001, he performed Texts for Nothing at The Geary Theater, and in 2012, he followed up with Endgame , directed by Carey Perloff. On Beckett represents his third and most personal Beckett collaboration with A.C.T. The idea began to take shape three years ago. After a handful of performances around Seattle in 2014, Irwin presented the embryonic production the following year in th
Read more 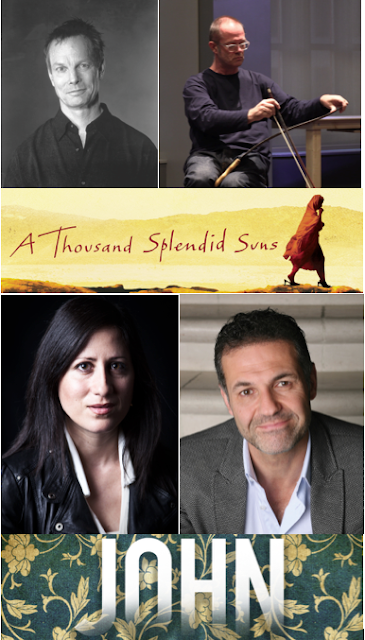