Showing posts from May, 2013
Show all


What are your preshow/postshow rituals?
Preshow: I never step foot onstage without a splash of my mum's perfume (it reminds me of home), but this show I am wearing a perfume Allegra Edwards [who plays Chloë Coverly] gave me since it is our last show together. Postshow: A nice cold drink . . . lately it has been a Black & Tan.

What is your favorite thing about San Francisco?
When I am able to go home and watch the sun set and hear the fog horns from the ships coming in.

If you could live during a different cultural period, what period would it be and why?
I think I would choose sometime in the distant future. I am curious to see what is built upon the foundation we are creating today.

What was your favorite discovery during the rehearsal process for Arcadia?
Honestly, my favorite discoveries come from being with the audience. Each audience is unique and the beauty of live theater is that we are all in the moments together and comm…
Read more

Meet Gretchen Egolf, who plays Hannah Jarvis in Arcadia, and learn her tips for speaking with a British accent

What are your preshow/postshow rituals?
I warm up, have a cup of tea, and brush my teeth. And when possible, I really like to stand where I can hear the audience and listen to them a bit before the show. Or even peep out and look at them when possible! It helps me identify more specifically who I'm doing this for and who will be sharing in this with me.

What is your favorite thing about San Francisco?
I don't know yet! Now that the show has opened I'll actually get to see more of it. So far my favorite thing is this theater.

If you could live during a different cultural period, what period would it be and why?
In the Western world, I think the turn of the (last) century was a fascinating time. In psychology, society, art . . . huge changes. 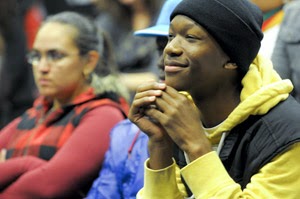 Since the fall of 2011, as part of its ACTsmart arts education programs, A.C.T. has hosted an intensive Downtown Continuation High School (DHS), a project-based learning school that serves San Francisco youth who have not experienced success in conventional public schools. Participants in DHS’s Acting for Critical Thought project attend weekly acting classes in A.C.T.’s studios, are encouraged to attend all A.C.T. mainstage and conservatory productions, and write their own original monologues and short plays, which they perform in exhibitions for their school and families in A.C.T.’s Hastings Studio Theater each December and May. (This spring’s exhibition—entitled Borderline Freedom—will take place on Thursday, May 23.) The Mission-based 826 Valencia literacy initiative provides tutors to guide students in their writing and last June published their dramatic work in the anthology Arrive, Breathe, and Be Still.
year-long residency program w…
Read more

Since joining the company in 2009, A.C.T. Associate Artistic Director Mark Rucker has directed productions of Maple and Vine, Higher, Once in a Lifetime, and Marcus; or The Secret of Sweet. He has also tackled several Master of Fine Arts Program productions, including last season’s A Midsummer Night’s Dream and this past winter’s raucous The Wild Party in The Costume Shop. He has also worked with such Bay Area companies as the Magic, Cal Shakes, Berkeley Rep, Shakespeare Santa Cruz, and SF Playhouse. He is an associate artist at South Coast Rep, where he has directed more than 20 productions, and other regional credits include work at Yale Rep, La Jolla Playhouse, Arena Stage, Intiman Theatre, and The Old Globe.

Rucker recently sat down with us to talk about directing the M.F.A. Program production of Caryl Churchill’s Cloud 9, playing in Hastings Studio Theater May 15–18.

Why did you decide to direct Cloud 9?
I’ve always a…
Read more

“Dan: My favorite sobriquet for the Black Watch is ‘Ladies from Hell;’ so named by the Germans in WWI, when they would come charging out of their trenches, bagpipes blaring. Assume it’s true . . . ,” A.C.T. Library Cataloger Roy Ortopan wrote me in a note after reading Words on Plays. In my research, I had not come across that name applied to the Black Watch, but, sure enough, in his autobiographical account of the Great War entitled “Ladies from Hell” R. Doublas Pinkerton (who fought with the London Scottish Regiment) writes a beautifully haunting passage about the tragic advance of the Black Watch—or “‘Ladies from Hell,’ as the Germans call the Scottishers.”—in May 1915.

In Sister Mary Eldephonse's seventh grade class, history was at the top of my list of favorite subjects. I was intrigued merely by the record of events that had happened prior to 1957, as it would be years later before I would come to understand that the events had meanings that were connected and played out on a larger playing field of politics and culture.

In my reading of history, seldom if ever was the black experience in American given any historical weight, any meaning or purpose beyond that provided by a culture and politic that had enslaved and still in 1957 refused to accept the equality of its black citizens. As a black American artist, I have sought in all my work to restore the experience to a primary role, to create in essence a world in which the black American is the spiritual center, thus giving the events of history a different perspective. It is one thing to be the owner of a plantation, and another to be a slave. Both have equally valid perspectives. Both share…
Read more

The Accents in Black Watch

Scottish accents are among the most difficult for American English speakers to understand and imitate—even Apple’s famous Siri application is unable to make out Scottish users. Scottish dialects are heavily influenced by Gaelic, Norse, Scots (a Germanic language still spoken in parts of the Scottish Lowlands and Ulster, Ireland), Old English, and German and are divided into five regional subsets.

Most Scots pronounce consonants just as speakers of standard British or American English do. Exceptions are r, which is rolled, and ch, which, at the end of a syllable, takes on a guttural German sound, as in “loch.” This guttural sound also surfaces in words like “daughter” or “night.” As in spoken American English, Scottish English often drops the final g on verbs: walkin’ instead of “walking.” Adjectives ending in “ed” are pronounced with an “it,” as in spottit (“spotted”).

A special Student Matinee at A.C.T. 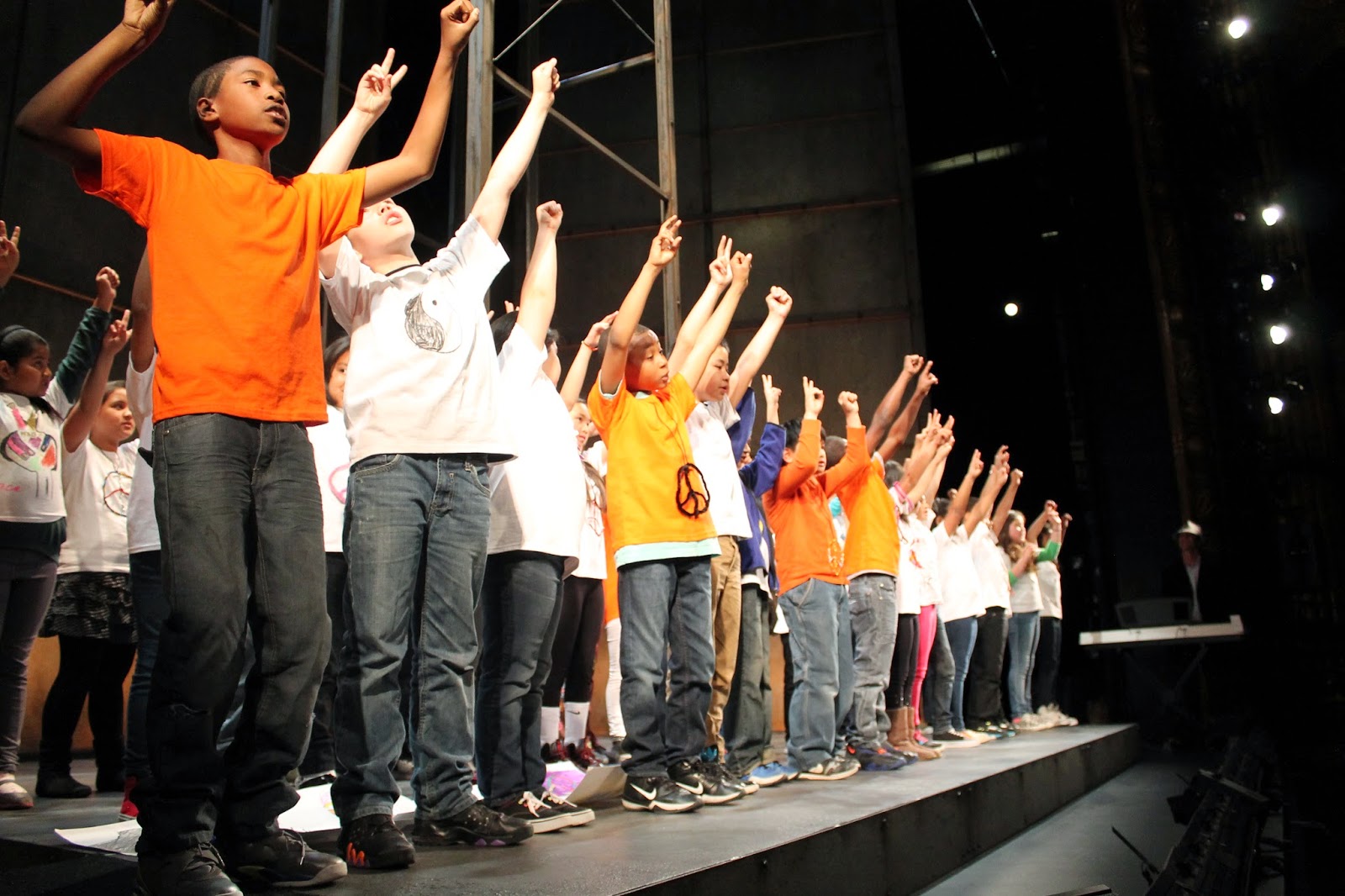 A.C.T.’s final mainstage Student Matinee (SMAT) performance of the 2012–13 season was on Stuck Elevator, the world premiere musical inspired by the true story of a Chinese immigrant trapped in a Bronx elevator for 81 hours.
Thursday, April 18. On that sunny afternoon, 857 students and their teachers made their way to A.C.T.’s Geary Theater to see a performance of

A.C.T.’s SMAT Program began in 1968 and has since welcomed over half a million students from schools all over California. In a single season, A.C.T. hosts approximately 15 SMATs for mainstage and conservatory shows (depending on the appropriateness of the show and placement in the school year), exposing around 7,000 students to the wonders of theater, many for the first time. Recent popular Conservatory SMAT performances include Tartuffe and The Odyssey, performed by our Master of Fine Arts Program students.