Showing posts from April, 2019
Show all

Nobody Puts Medea or the Dashwood Sisters in a Corner

By Aaron Higareda What could Euripides’s Greek tragedy Medea and Jane Austen’s 18th-century Sense and Sensibility possibly have in common? At first glance, not much. But our M.F.A. artists have made the connections, and they’ll present these shows in repertory beginning May 8. Medea , which director Peter J. Kuo has set against the backdrop of 1930s New Orleans, features an immigrant with no means of returning home after leaving everything behind for her unfaithful husband Jason. Her only option? Vengeance. Sense and Sensibility , directed by Pirronne Yousefzadeh, is set in 1790s England, where the Dashwood sisters are left penniless, homeless, and vulnerable to gossip after their father’s death. Their only option? Set aside their differences and learn to rely on one another. Despite their differences, both plays have strong female characters at their heart, and both are adapted— Medea by Robinson Jeffers and Sense and Sensibility by Kate Hamill ( Vanity Fair )—to resonate with
Read more

Seven Things You Didn't Know about the Kilbanes 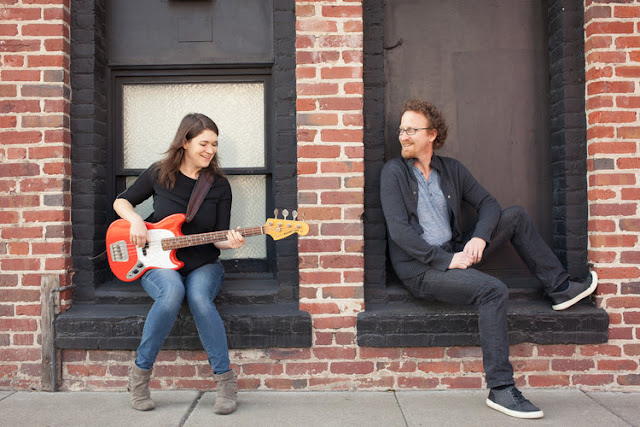 By Annie Sears Bay Area rock band the Kilbanes are creating imaginative work that leans into the “experimental” of “experimental theater.” They combine their indie sound with rock-concert lights and projections to create engaging, immersive spectacles focused on communicating timely, moving stories. Weightless is one of their most acclaimed rock operas. The premiere at Z Space last year was such a hit that it’s back by popular demand, this time in A.C.T.’s Strand Theater. You’ll see the Kilbanes performing their own work next week on the Rembe stage, but here are some offstage details you won’t get from the show. Kate Kilbane and Dan Moses. Photo by Emily Sevin. 1. The two members of the Kilbanes—Kate Kilbane and Dan Moses—are married. In 2003, they met at a pizza joint in Brooklyn. “Kate was in line ahead of me,” says Dan. “She was looking overwhelmed at the slice selections, and I, a frequent solicitor of the establishment, offered some unsolicited advice about which slice
Read more 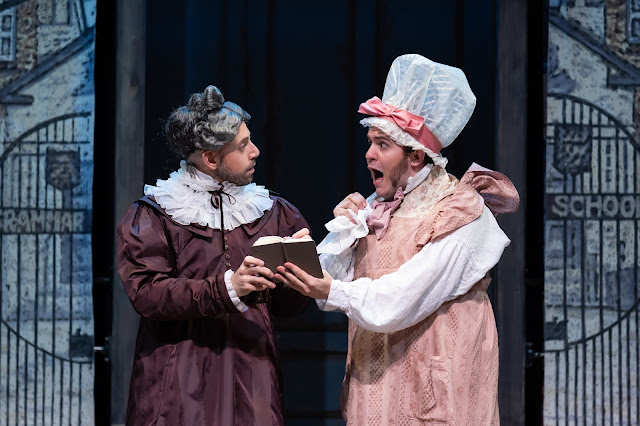 By Annie Sears Vanity Fair is a theatrical spectacle, a kaleidoscope of colors and costumes and characters—35 characters, to be exact. The seven performers engage the full range of their physical and vocal abilities to distinguish between Thackeray’s classic figures, from the stringent Miss Pinkerton to bawdy Rawdon, from slimy Pitt Crawley to his saintly son. Costumes prove very helpful in defining each character, which means backstage hands are the heroes of these transformations. “When you’re watching from the audience, you’re seeing a well-oiled machine,” says actor Vincent Randazzo. “What you’re not seeing is the crew backstage working tirelessly to make it all seem seamless. They make the theater magic happen.” Anthony Michael Lopez as Miss Pinkerton and and Vincent Randazzo as Miss Jemima in Shakespeare Theatre Company and A.C.T.'s  2019 co-production of Vanity Fair . Photo by Scott Suchman. Randazzo—an A.C.T. M.F.A. alum (2018) who has appeared on The Geary in H
Read more 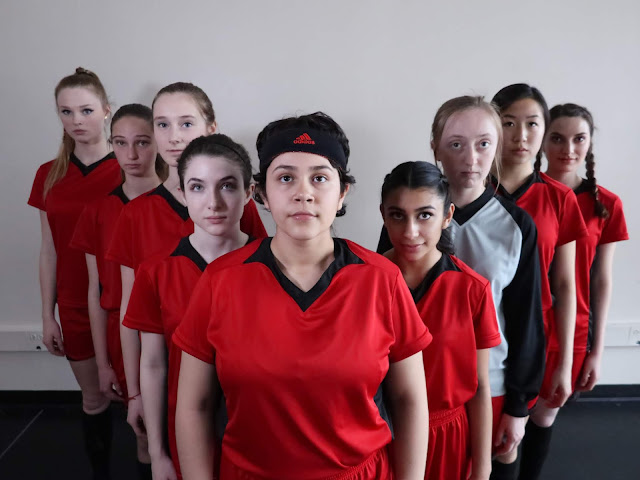 By Annie Sears The cast of the A.C.T. Young Conservatory 2019 production of The Wolves , with team captain played by Citlali Perez in front. Photo by Beryl Baker. The nine players on soccer team The Wolves are warming up for their big game, and the pivots in their conversation are just as quick as their sprints up and down the field. Sarah DeLappe’s script (which our Young Conservatory actors will perform April 17–20) offers a glimpse into the real-life conversations high school girls share as they figure out what it means to be “a young woman in the multi-dimensional and complex world of today,” says actor Clara Dossetter (third from the left in the above photo). Dossetter is a high school senior who has been involved in the YC for “as long as I can remember,” including performing in The Life to Come in 2017. “The girls’ experience in the script reminds me a lot of my experience coming into my own as a woman surrounded by other young women.” These characters talk about things
Read more

What We ACTually Do Here: A Day in the Life of A.C.T.'s Production Fellow 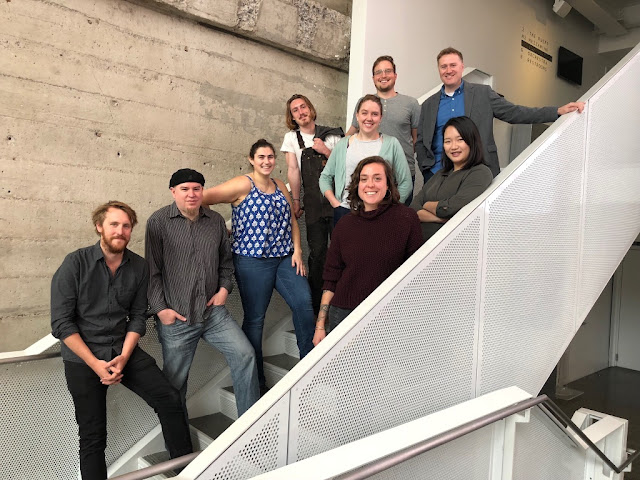 By Lavine Leyu Luo (罗乐瑜) Ever wonder what goes into the making of a show? What decisions are made before the reviews get rolling? What steps are taken to get the cast onstage, in front of a fully constructed set, wearing well-designed costumes, and accompanied with stunning visual and sound effects, all working together to bring the story to audience hearts? The Production Department makes that happen; we’re the master cooperator that helps realize all the artists’ visions onstage. Our responsibilities range from small tasks, such as purchasing cough drops for the cast, to really large tasks—ensuring all aspects of production are efficient and safe, keeping everyone onstage and offstage alive and intact. There are so many small but essential details that need to be completed before a show can open. It’s only when the audience doesn’t notice any of these things that we know we’ve done a good job. A.C.T.'s Production Department in the Strand lobby. As the A.C.T. Productio
Read more
More posts