Showing posts from May, 2018
Show all

Meet the Actors and Characters of A Walk on the Moon 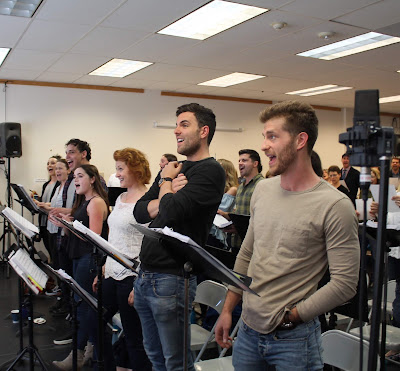 By Taylor Steinbeck In just a few weeks, A.C.T.'s world-premiere musical, A Walk on the Moon , will land on the Geary stage, and with it comes fresh faces, original characters, and new songs for San Francisco audiences to enjoy for the very first time. We caught up with some of the actors in  Moon to get to know their characters. The cast of A.C.T.'s 2018 production of  A Walk on the Moon  at the first rehearsal. Photo by Taylor Steinbeck. Brigid O’Brien (Alison Kantrowitz): Alison is a fiery teenager. She's fun to portray because she has a lot of emotions—anger, excitement, passion—I feel like I can relate to her in that way. Also, she’s close to my age, which helps. Sometimes in stories with young people, writers try to dumb them down, but I think our book writer, Pamela Gray, has done an amazing job of creating honest human emotions for this character. Teenage angst is so real! Jonah Platt (Marty Kantrowitz):  Marty is the patriarch of the Kantrowitz fami
Read more

A Recap of the 2018 New Strands Festival 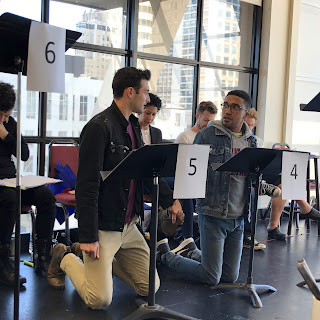 By Taylor Steinbeck Last weekend's third-annual New Strands Festival was four full days of exciting new works read aloud for the first time, festivalgoers mingling and moving to the sounds of female DJs, and audiences rising to their feet. The Strand Theater was packed with San Franciscans and theater-lovers ready to be wowed, and the artists behind the new plays rose to the challenge. From emotional coming-out stories such as Thao Nguyen's Bend with Me  and Dipika Guha and Jeremy Cohen's Malicious Animal Magnetism to larger-than-life epics such as Ngozi Anyanwu's Nike, Or We Don't Need Another Hero , this year's festival was one to remember. Here are some of the highlights: Justin Genna and Clinton Roane in rehearsal for Dipika Guha and Jeremy Cohen's Malicious Animal Magnetism .  Photo by Taylor Steinbeck. Festivalgoer @xle responds on Instagram. Photo courtesy @xle on Instagram. Ngozi Anyanwu ( Nike, Or We Don't Need Another Hero p
Read more

A Walk on the Moon Lands at A.C.T. 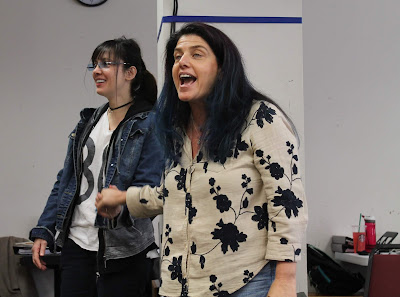 By Taylor Steinbeck For the first rehearsal of A.C.T.'s world-premiere musical  A Walk on the Moon , 30 Grant studios took a trip back in time to the summer of 1969. “This was a time when the world was moving,” said director Sheryl Kaller, addressing the room of  Moon  creatives and A.C.T. staff members. The musical tells the story of Jewish housewife Pearl Kantrowitz, who undergoes a personal transformation after meeting a free-spirited traveling salesman. With her newfound liberation, Pearl learns how to love freely, dance like no one’s watching, and defy society’s rigid gender roles. “Pearl was my mother. She has the look my mother had in her eyes,” said Kaller. Vocal arranger AnnMarie Milazzo and director Sheryl Kaller at the first rehearsal of A.C.T.'s 2018 production of A Walk on the Moon . Photo by Taylor Steinbeck. Fueling the revolutionary spirit of the era, music director Greg Kenna and Tony Award–nominated vocal arranger AnnMarie Milazzo immediately
Read more

Getting to the Deep Stuff: The Music of Father Comes Home 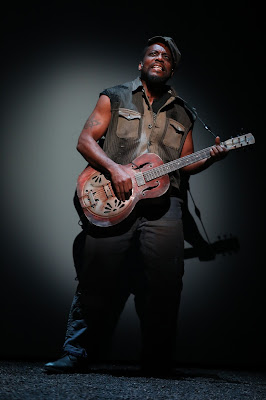 By Taylor Steinbeck For playwright Suzan-Lori Parks, music isn’t just a medium she embraces in her art—it informs the very framework of her life. Growing up in a musical home, she and her siblings jitterbugged to their mother’s favorite jazz standards and belted out Puccini alongside their opera-loving father. These musical forms—along with the blues and show tunes, among others—have stayed with Parks and have influenced how she writes her plays. Embodying the playwright’s lyrical writing style, Father Comes Home from the Wars  has a musicality that recalls the past while retaining emotional immediacy, making it intricately layered and deeply personal. The Musician (Martin Luther McCoy) plays a song in A.C.T.'s 2018 production of Father Comes Home from the Wars (Parts 1, 2 & 3) . Photo by Joan Marcus. A blues musician herself, Parks composed the music and wrote the lyrics for the songs in  Father Comes Home . Music is a part of Parks’s makeup as an artist; whether it
Read more 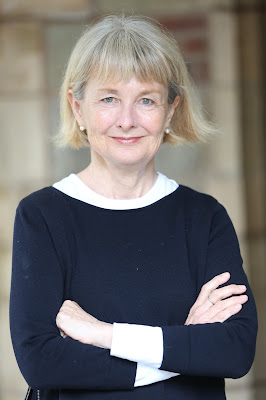 By Simon Hodgson When the first time director Liz Diamond picked up a script by Suzan-Lori Parks, she was smitten. “I fell in love with her work,” says Diamond, “with the stories she was telling, with her voice as a writer, and with Suzan-Lori herself—this blazingly smart, fierce, funny, vibrant, young artist.” In 1989, Diamond directed Parks’s Imperceptible Mutabilities in the Third Kingdom at Brooklyn Arts and Cultural Association (BACA) Downtown, launching a partnership that has lasted 30 years. As she prepared to direct Father Comes Home from the Wars (Parts 1, 2 & 3) at A.C.T., the chair of directing at Yale School of Drama spoke to us about the images that have inspired her design, her collaboration with the playwright, and why Parks’s play matters now. Director Liz Diamond. Photo by Joan Marcus. What was your initial reaction to Parks’s work? The playwright Mac Wellman sent me her play Imperceptible Mutabilities in the Third Kingdom . As I began to read, my un
Read more 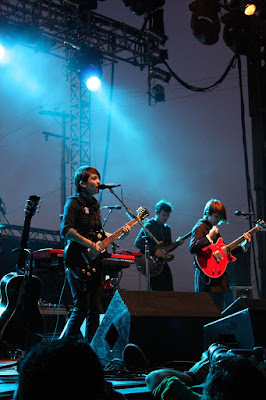 By Taylor Steinbeck The Strand Theater is ready to rock. Next week brings the third annual New Strands Festival and with it comes pop music, Afrofuturist titans, and staged readings of fierce new plays. “The 2018 artists are new American voices with global visions and global appetites,” says A.C.T. Associate Artistic Director Andy Donald. “The festival is still going to be about San Francisco, but this year, it’ll be about bringing the world to our city.” Tegan and Sara playing at the 2008 Treasure Island Music Festival. Photo by Tyler Love. Courtesy Wikimedia Commons. This year, A.C.T. is partnering with SPACE on Ryder Farm to develop presentations of two new works for the 2018 New Strands Residency. Located on a working farm in Brewster, New York, SPACE is a nonprofit artist residency program that has become “one of the leading curators of the next generation of new work,” says Donald. Representing SPACE is book writer Emily Kaczmarek, who will be bringing the Untitled Tegan
Read more

The History Behind Father Comes Home: Black Americans in the Civil War 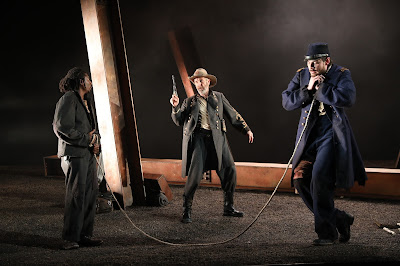 By Elspeth Sweatman and Simon Hodgson As soon as the first shots rang out on April 12, 1861, the American Civil War was classified, glorified, and romanticized as a white man’s war. The voices of the nearly four million Black Americans, more than 90 percent of whom were enslaved, were erased. It is their voices that playwright Suzan-Lori Parks re-earths in Father Comes Home from the Wars (Parts 1, 2 & 3) , bringing us face to face with a painful, complicated, and shameful aspect of America’s history, one with which we are still coming to terms. Hero (James Udom) keeps watch on Smith (Tom Pecinka), the captured Union soldier, as ordered by the Colonel (Dan Hiatt) in A.C.T.'s 2018 production of Father Comes Home from the Wars (Parts 1, 2 & 3) . Photo by Joan Marcus. Like Parks’s protagonist, Hero, many enslaved Black men were forced to accompany their owners from the cotton field to the battlefield. Up before dawn, body servants had to polish boots, mend uniforms, cl
Read more 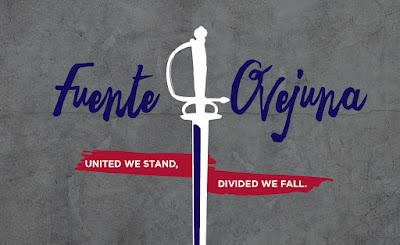 By Taylor Steinbeck Next week, A.C.T.'s first- and second-year M.F.A. Program actors take to the stage to perform two larger-than-life plays about resistance and vengeance: Fuente Ovejuna by Lope de Vega and The Bacchae of Euripides by Wole Soyinka. Directed by Domenique Lozano and Stephen Buescher, respectively, these complex works were chosen to challenge the program's emerging actors. We spoke to some of the actors to find out how this experience has stretched their skills as performers and pushed them out of their comfort zones. Show artwork for the M.F.A. Program's 2018 production of Fuente Ovejuna . Avanthika Srinivasan (Laurencia in  Fuente Ovejuna ):  This play is emotionally and physically challenging, but Domenique is great about making sure that everyone is safe in our conversations about rape and trauma. She makes sure that everything stays in the rehearsal room. If we’ve had an emotionally heavy day, she makes sure that we take collective breaths
Read more 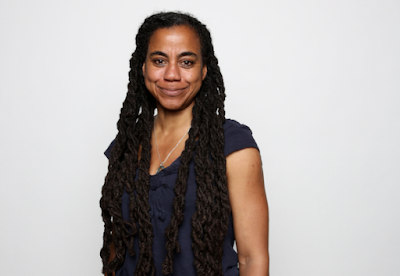 By Elspeth Sweatman Playwright Suzan-Lori Parks is a force that refuses to be contained. She is a lover of jazz and opera, William Faulkner and William Shakespeare, Roots and Downton Abbey . Her beaming smile, booming laugh, and rhythmic voice draw you in. She is fiercely intelligent, puckish, meticulous. Playwright Suzan-Lori Parks. Photo by Tammy Shell. Parks was born on May 10, 1963, in Fort Knox, Kentucky. From an early age, Parks was an energetic storyteller, but it wasn’t until she was in a college writing class taught by novelist James Baldwin that the idea of being a playwright crossed her mind. Baldwin saw how animated Parks was when she was reading her work for the class, and suggested she try writing plays. “And I was like, ‘What the fuck? Plays?’ I hated theater,” said Parks. “Just fake people doing bullshit. But James Baldwin said try it, so there I was.” In 1986, Parks moved to New York City, where she temped as a paralegal and searched for a home for her work.
Read more
More posts