Showing posts from July, 2016
Show all

The Cast of Top of the Pyramid Talks Back 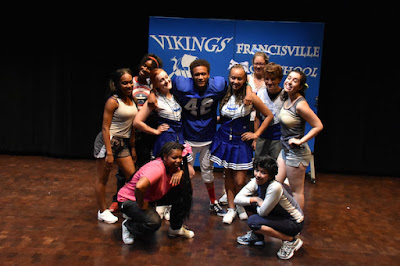 by Simon Hodgson What happens when you combine a Pulitzer Prize finalist, a new theatrical space, and a crew of talented young actors? You get Top of the Pyramid , a world premiere by playwright Nikkole Salter now playing at The Strand. After Tuesday’s opening night success, the cast followed Wednesday evening’s performance with a fascinating postshow talkback. Not only did the entire audience stay to ask questions, but the process really brought out the structural strengths of this collaborative project. The cast of A.C.T.'s production of Top of the Pyramid . Photo by Jay Yamada. The storyline in Top of the Pyramid follows three African American girls who join a new, mostly white high school and enroll in the cheerleading squad. While the play follows the three friends as they try (with varying levels of humor and humility) to adapt to a different school culture, the subplot seethes with suppressed resentment, hurtful misinformation, and outright discrimination. As the c
Read more 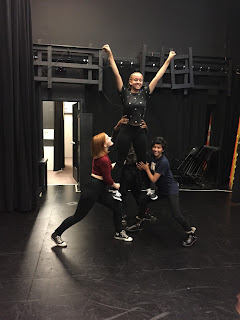 by Elspeth Sweatman American Conservatory Theater’s world premiere of Top of the Pyramid —by Pulitzer Prize–nominated playwright Nikkole Salter—explores the challenges faced by a group of friends outside Ferguson, Missouri. When their school loses its accreditation, these high-school students are thrust into a school in a more affluent district. Will they find themselves at the bottom of the pyramid? Will they have a choice? The cast of Top of the Pyramid in rehearsal. Photo by Tyrone Davis. The genesis for this production began back in October 2015 at Every 28 Hours, a one-minute play festival in Ferguson. After the festival, playwright Salter discussed the ongoing issues of school integration and social unrest with A.C.T. Community Artistic Director Tyrone Davis. In February 2016, A.C.T. commissioned Salter to write a play for the Collaborative Youth Arts Project, an initiative uniting young actors from three groups: A.C.T.’s Education & Community Programs, our Young C
Read more

Preparing for The Hard Problem with Tom Stoppard 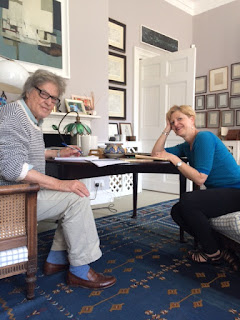 by Carey Perloff The grass, a shade of green unimaginable anywhere except on the British Isles, beckoned outside the window of Tom Stoppard’s extraordinary book-lined study in Dorset as we set off on two days of exhaustive work on his new play The Hard Problem , which we’re bringing to A.C.T. this fall. Tom Stoppard and Carey Perloff What continues to amaze me about Stoppard, with whom I have worked nearly a dozen times now, is his willingness to rewrite, reimagine, rethink, while always staying absolutely true to his own voice and his first instincts. Over a long weekend in Dorset, we went through every line of The Hard Problem , trying to tease out the balance of science and faith, intellect and instinct. I was wrestling with the character of Spike and what he actually felt for the protagonist, Hilary; Tom hilariously tried to explain to me the difference between a bed partner and a boyfriend, and argued for the obsessive love of science which seems to cloud the rest of Spike
Read more

A Summer of Citizen Artistry 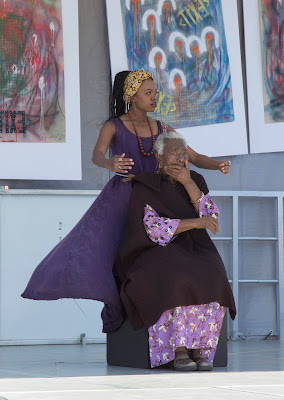 By Akilah Walker, A.C.T. Master of Fine Arts Program Class of 2017 Staying in the Bay Area this summer has possibly been one of the best decisions I’ve made since coming to A.C.T. I had the opportunity to work with A.C.T. first at a two-week residency at La Clínica (a health center serving two public schools in East Oakland, Roots International Academy and Coliseum College Prep Academy) and then with A.C.T. Stage Coach’s production of Crack. Rumble. Fly. During the two-week residency at La Clínica, I co-taught two classes back to back. Each class was made up of 20 sixth-grade students—most of whom were Spanish speakers for whom English is a second language—and was 30 minutes long. To most teachers, 30 minutes of class time would sound like a breeze, but for acting—which is extremely improvisational in nature—time constraints like these called for intense preparation to make sure Alec MacPherson (my co-teacher) and I would be able to optimize students’ time while also respecting th
Read more
More posts