Showing posts from September, 2014
Show all

Clowning Around with Technology 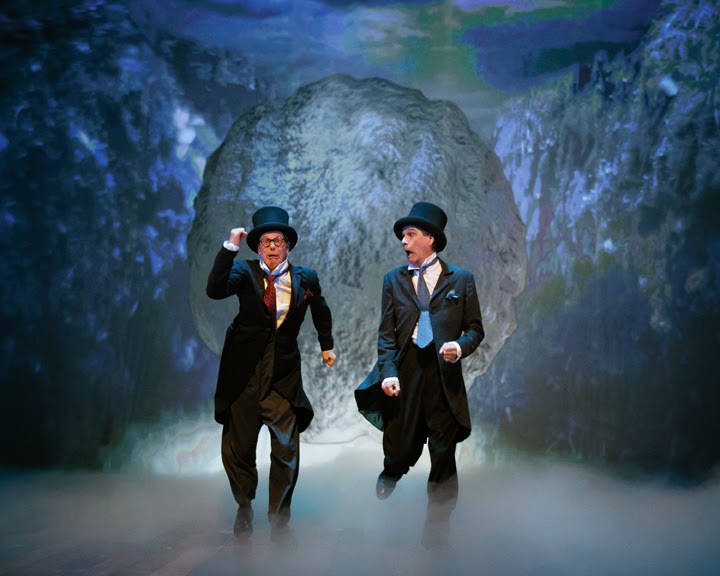 by Projection Designer Erik Pearson Bill Irwin and David Shiner in Signature Theatre's Production of Old Hats.  Photo by Joan Marcus I grew up in Santa Cruz and had the good fortune of seeing productions at A.C.T. as a kid. I became involved in the theater myself when I was very little and family visits to the city to see a play left a big impression on me. I live in Brooklyn now and work as a director and designer in New York and regional theaters around the country. This is my first time returning to the Bay Area for a project since moving east. Old Hats is just the sort of A.C.T. show that inspired me when I was young and I can’t imagine a more perfect project for my return. I first became involved with Old Hats a couple of years ago at Signature Theatre in New York. Bill Irwin and David Shiner had started developing ideas for a new project that would be a follow up to their wildly successful Fool Moon . There was no show yet, really—no director, no title—but they
Read more

A Heavy Dose of Liveness: An Interview with Director Tina Landau 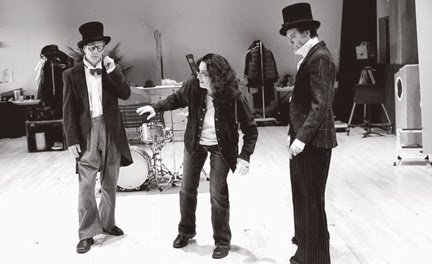 A Heavy Dose of Liveness An Interview with Director Tina Landau Bill Irwin (left), Tina Landau (center),  and David Shiner in rehearsal for  Signature Theatre's 2013 production of Old Hats , photo by Gregory Constanzo “The Coolest Project Ever” was the subject line of the email Tina Landau received from her agent, asking her if she would be interested in working with Bill Irwin and David Shiner on their new project at Signature Theatre. Landau, who had seen Irwin and Shiner in  Fool Moon about twenty years earlier and was a huge fan of their work, jumped at the opportunity. Although Old Hats is unlike anything Landau had ever worked on before, she was particularly well-suited to direct this physical show, as she coauthored The Viewpoints Book with Anne Bogart. Viewpoints is a method of theatrical composition that heavily focuses on physicality, movement, and gesture. “I feel very comfortable in Bill and David’s world, because I always think of my theater work in a p
Read more
More posts