Showing posts from June, 2017
Show all

Beehives to Bra Burning: Women and Music in the 1960s 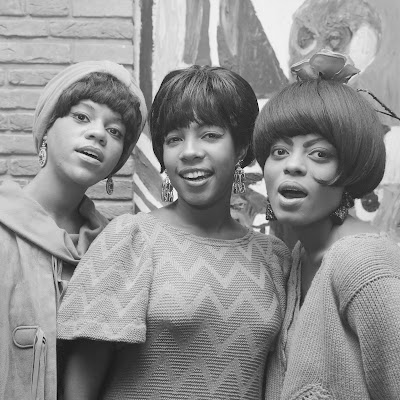 By Elspeth Sweatman Janis Joplin, the musician at the center of A Night with Janis Joplin , “belonged to that select group of pop figures who mattered as much for themselves as for their music,” says music journalist Ellen Wills. “Among American rock performers, she was second only to Bob Dylan in importance as a creator–recorder–embodiment of her generation’s mythology.” But how did the female artists who came before Joplin pave the way for her unique, iconoclastic music and image? The Supremes, 1965. Photo by Jac de Nijs. Courtesy Nationaal Archief. At the beginning of the 1960s, the airwaves were dominated by the distinctly female pop sound of girl groups. An estimated 1,500-plus groups were formed between 1958 and 1963, largely composed of young women aged 11 to 18. On the surface, it would appear that many of the songs in this genre upheld the traditional feminine values of the previous decade (chastity, modesty, demureness), but upon a closer look, there is a subversive
Read more

Behind the Scenes at A.C.T.: An Interview with Flyman Colin Wade 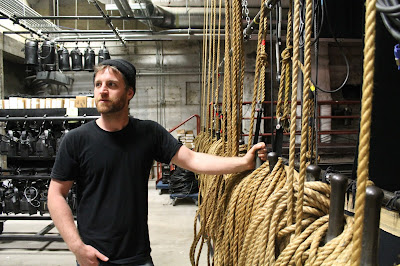 By Elspeth Sweatman Among all the ropes and wires hanging backstage at the Geary Theater are two cords with rubber stoppers on the end. Their purpose: keep flyman and rock climbing enthusiast Colin Wade in shape. On a maintenance day between productions, we sat down with Wade to get a glimpse into the life of a flyman, the person in charge of raising and lowering (known as "flying") the various elements of the set design (curtains, walls, swings, etc). Flyman Colin Wade. Photo by Elspeth Sweatman. What’s your favorite thing about being the flyman? I love being a part of the arts and the whole tech process. It’s nice to have the responsibility of running a crew, calling my own shots, and figuring out the best way to do things. It’s great to watch everything come together and to make it all happen. Flying something in and out is its own kind of art. One of the things that you fly in and out on a regular basis is the front curtain. That weighs 800 pounds. And
Read more

The Skivvies Are Back!

By A.C.T. Publications Staff Following their sold-out run this past holiday season with Holiday Roadkill , the Skivvies are bringing their unique brand of sexy and satirical musical performance back to A.C.T.'s Strand Theater for two performances on June 23 and 24.  The Skivvies—Broadway stars Lauren Molina and Nick Cearley—are an award-winning comedy-pop duo who perform musical mash-ups of all your favorite songs on the ukulele, cello, and an array of quirky instruments . . . while stripped down to their underwear. For Bay Area audiences looking out for the next generation of musical theater stars, check out the guests who'll be joining the Skivvies on the Strand stage: Broadway up-and-comer Matt Doyle ( The Book of Mormon , Spring Awakening ), Ray of Light Theatre's Courtney Merrell ( The Rocky Horror Show ), Marissa Joy Ganz (national tour of High School Musical ), and A.C.T. favorite Lauren Hart ( The Unfortunates , A Christmas Carol ). “We are thrilled to re
Read more

By Allie Moss During A.C.T.’s 50th-anniversary season, strong women are navigating their way through traditionally male-oriented spaces. In A Night with Janis Joplin , running through July 9 at The Geary Theater, legendary singer Janis Joplin is joined onstage by five women who inspired her iconic voice: Bessie Smith, Odetta, Nina Simone, Etta James, and Aretha Franklin. Here is a look at the lives of James and Franklin. Etta James. Courtesy Legacy Recordings. Etta James’s (1938–2012) influence on America’s musical landscape is clear. Artists such as Tina Turner, Gladys Knight, and Janis Joplin all emulated James’s vocal style: rich, earthy, brassy tones that stretch from delicate high notes to bellowing low ones. James's most famous songs include “All I Could Do Was Cry,” “If I Can't Have You,” “At Last,” “Tell Mama,” and “I'd Rather Go Blind.” James won six Grammy Awards, received a star on the Hollywood Walk of Fame, and was inducted into both the Rock &
Read more

Strong Women: The Women Who Influenced Janis Joplin Part One 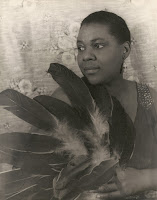 By Allie Moss During A.C.T.’s 50th-anniversary season, strong women are navigating their way through traditionally male-oriented spaces. In A Night with Janis Joplin , running through July 9 at The Geary Theater, legendary singer Janis Joplin is joined onstage by five women who inspired her iconic voice: Bessie Smith, Odetta, Nina Simone, Etta James, and Aretha Franklin. Here is a look at the first three. Bessie Smith in 1936. Photo by Carl Van Vechten.  Courtesy Library of Congress. Bessie Smith’s (1894–1937) distinctive throaty and full-bodied voice, knack for improvisation, and penchant for unexpected rhythms stand out as a clear precursor to the work of Billie Holiday, Aretha Franklin, and Janis Joplin. Joplin was so inspired by Smith that in 1970, she had a headstone made for Smith’s unmarked grave which reads “The Greatest Blues Singer in the World Will Never Stop Singing.” Odetta, 1961. Photo by Jac de Nijs.  Courtesy Wikimedia Commons.  Janis Joplin firs
Read more

Our Sister Janis: An Interview with Laura and Michael Joplin 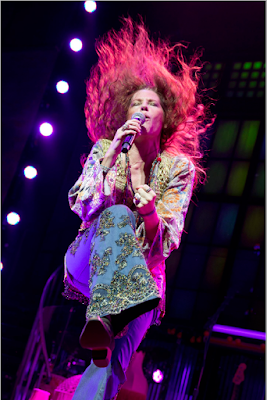 By Simon Hodgson Among the thousands flocking to San Francisco for the Summer of Love in 1967 was the Joplin family. They had driven across the US from Port Arthur, Texas to see 24-year-old Janis perform with her new band, Big Brother and the Holding Company. For Janis’s siblings, Laura and Michael, the trip was life-changing. Kacee Clanton in A Night with Janis Joplin . Photo by Joan Marcus. As San Francisco kicks off its celebration of the Summer of Love—featuring A Night with Janis Joplin at The Geary Theater—we look back on the events of that summer from those who knew Janis best. What was it like when your family went to San Francisco in 1967 to visit Janis? Laura Joplin: That was the first time we’d been out of the state. We weren’t a family that traveled and we hadn’t really been out of Port Arthur, so to travel all the way across the West was incredible. To go to San Francisco and hang out with Janis was special. What do you remember about the city? LJ: Everyth
Read more

The Summer of Love and Janis Joplin 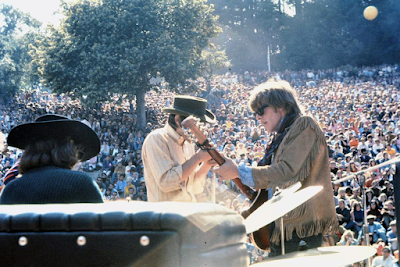 By Shannon Stockwell The Monterey International Pop Festival was the event that truly kicked off the Summer of Love in 1967 and launched the career of soul singer Janis Joplin, the focus of A Night with Janis Joplin , running through July 9 at The Geary Theater. Jefferson Airplane playing at a festival in Marin County, California, 1967. Photo by Bryan Costales. Courtesy Wikimedia Commons. The festival proved to be a turning point in Joplin’s career, but the organizers struggled to get her band, Big Brother and the Holding Company, and other San Francisco bands (including Jefferson Airplane) to agree to perform. The groups were infused with the culture of Haight-Ashbury and were against stardom, fame, and profit. They only agreed to play the festival after intense questioning about where the money was going. In the end, the festival was a huge success. A reported 90,000 people enjoyed the music and the perfect weather. The rest of the summer was one long celebration filled
Read more 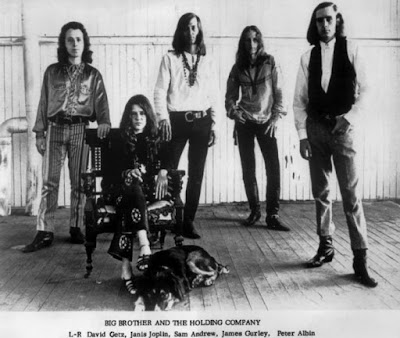 By Elspeth Sweatman Janis Joplin—the bluesy singer at the center of A Night with Janis Joplin , which opens June 7 at The Geary Theater—“belonged to that select group of pop figures who mattered as much for themselves as for their music,” says music journalist Ellen Wills. “Among American rock performers, she was second only to Bob Dylan in importance as a creator–recorder–embodiment of her generation’s mythology.” Big Brother and the Holding Company. Photo by Albert B. Grossman, late '60s. Courtesy Wikimedia Commons. Janis Joplin rejected the accepted norms of how female musicians were supposed to behave and appear; she wore her hair naturally instead of perfectly coiffed in a beehive, and wore informal clothing instead of tailored, sequined gowns. And, most importantly, she adopted a sexual persona onstage, acting as a woman who put her own pleasure first. Through songs such as “Get It While You Can,” Joplin became the figurehead of the second-wave feminist mov
Read more

Behind the Scenes at A.C.T.: An Interview with A.C.T.'s Head of Sound Suzanna Bailey 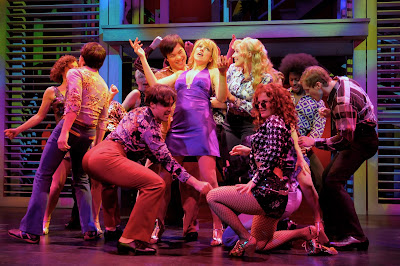 By Elspeth Sweatman Walking backstage to interview Suzanna Bailey, A.C.T.’s Head of Sound, was like entering a living room on Christmas Eve. New microphones had just come in for A Night with Janis Joplin , and Bailey was excited. Janis is an opportunity for Bailey to return to her roots in sound design. While studying theater in college, she ran sound for a punk band that brought her to the Bay Area. As A.C.T. prepares to rock The Geary like it’s 1967, we caught up with Bailey to talk about running sound for a 1,000-seat theater, collaboration, and sweat-outs. Is there a typical sound setup or is sound different for every single show? For many productions, we use our rep system [the layout of a theater’s main microphones and speakers], and supplement it with specials [sound elements which are required to implement the design for a particular production]. The rep system is built around the idea that you need to be efficient with cost and time as you go from one show
Read more
More posts