Showing posts from October, 2015
Show all

A Lens on Small Town America: An Interview with Scenic Designer Ralph Funicello 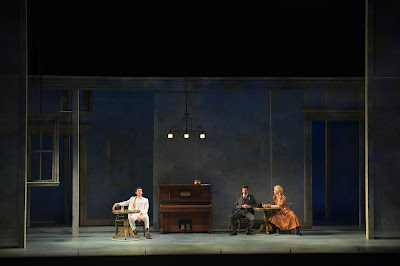 By Cecilia Padilla Despite its title, Eugene O’Neill’s Ah, Wilderness! does not take place in the wild outdoors. Instead, it depicts the home of a tight-knit Connecticut family. Bringing the world of small town America to San Francisco audiences is scenic designer Ralph Funicello, a longtime designer of A.C.T. productions. This will be Funicello’s second time working on Ah, Wilderness! with A.C.T.— he also designed the set in the 1978 production. Then, Funicello’s designs adhered to O’Neill’s textual specifications, exhibiting realistic styles and period-appropriate architecture. This time, he’s approaching the play through a new lens. “O’Neill literally dreamt up Ah, Wilderness! ,” he says, “so I want the audience to fall into the dream with him.”  Ralph Funicello's stage design in the current A.C.T. production of Ah, Wilderness! at The Geary Theater. Photo courtesy of Kevin Berne. What research has contributed to your scenic design? I still have some o
Read more 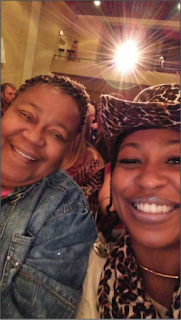 by Peter Friedrich 1. Three weeks before opening night, go to your college cafeteria. Eat. 2. Go back to the line and introduce yourself to any staff member. Give your first and last name, and ask for the same from them. Then ask if they like going to plays. If they say no, keep asking others until someone says yes. Let them know you have complimentary Champagne VIP seats for all cafeteria staff, friends, and family. Make sure you have 50 hard copies of tickets in your pocket at all times. They should look and feel exactly like Broadway theater tickets. 3. Go back to the cafeteria every day and build your VIP audience. Get your cast and crew to do the same—ask them at the end of each rehearsal for the names of who they talked to. VIPs at the The Tempest at Millsaps College in Jackson, Mississippi 4. On your way to the cafeteria each day before opening, be on the lookout for groundskeeping and janitorial staff. Introduce yourself. Ask their name. Pull out tickets. 5. Recr
Read more 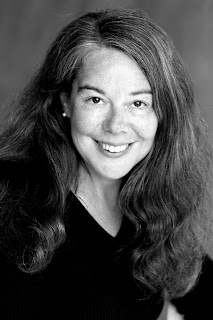 By Allie Moss  Director Casey Stangl. Photo by Ann Marsden. Director Casey Stangl returns to A.C.T. to stage Eugene O’Neill’s American classic Ah, Wilderness! She approaches Ah, Wilderness! with a fearlessness toward this play’s particular challenges and an appetite for unearthing truths. “I want there to be a sense of immediacy,” Stangl says. “The characters confront first love, parent-child relationships, and the difficulty of finding love and companionship as they get into their older years. These situations are so universal and are very much with us today.” We spoke to Stangl recently about her directorial vision for A.C.T.’s production of Ah, Wilderness! O’Neill is generally known for his tragic works, but Ah, Wilderness! is a comedy. How does that inform your understanding of the play?  I think that the comedy actually derives from the great depth of feeling that is in the play. These characters are real people in real situations with real consequences. But even though
Read more

Growing Up: A Universal Journey 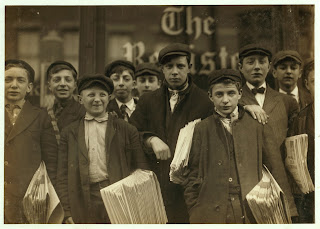 Coming-of-Age Stories over Time  By Allie Moss Coming-of-age stories have been told practically since the start of civilization, but they did not receive a name until 1819, when German university lecturer Karl Morgenstern dubbed them the Bildungsroman . This German word translates literally as “education novel,” but its definition has expanded to encompass the entire coming-of-age genre. Teenage newsboys in New Haven, Connecticut. Photo by Lewis Wickes Hine, 1907. Courtesy Library of Congress. Although coming-of-age stories share some commonalities that transcend their publication dates, they are also intrinsically tied to what “coming of age” meant at the time they were written. Near the turn of the twentieth century (when Ah, Wilderness! is set), life for teenagers was changing, but slowly. Post–Industrial Revolution society enjoyed an increase in leisure time, so children and teenagers had more hours to spend with their friends than in the past—but they were still very
Read more
More posts