Showing posts from August, 2017
Show all

A Daily Dose of Shakespeare: Hamlet in Pop Culture

By Elspeth Sweatman When you studied Hamlet in high school, you may have seen footage of accomplished stage and screen actors such as Kenneth Branagh, Mel Gibson, and Ethan Hawke playing the tragic title role. But, did you know that Shakespeare’s tale has become such a part of our popular culture that you almost get a daily dose of Hamlet ? Here are a few of our favorite adaptations, references, and parodies of the Bard’s most famous play. Mel Gibson teamed up with Elmo in 1994 for the Sesame Street segment “Monsterpiece Theater.” The Simpsons devoted an entire episode to an adaptation of Hamlet in 2002. Hamlet is played by Bart, Claudius by Moe, and Laertes by Ralph Wiggum. According to The Simpsons ’s supervising producer Don Payne, the Royal Shakespeare Company cast of Hamlet (2008)—starring David Tennant—watched this episode at its first rehearsal.  There are several Star Trek episodes named after Hamlet : “The Conscience of the King,” “Remember Me,” and “T
Read more 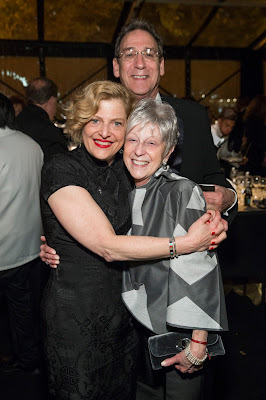 By A.C.T. Publications Staff For former advertising copywriter Nancy Livingston, stepping down this year as chair of A.C.T.’s Board of Trustees represents the culmination of yet another successful campaign. The Cleveland-born Livingston has been involved with A.C.T. since 1976, when she came to The Geary to see Equus , starring Harry Hamlin. But her links with the theater really intensified when Fred Levin, a clothing manufacturer with whom she’d worked as a copywriter and account executive, asked her to join him one night at the theater. “I married the client,” says Livingston, laughing. Nancy Livingston, Carey Perloff, and Fred Levin at A.C.T.'s 50th Anniversary Gala. Photo by Drew Altizer. Her partnership with Levin drew Livingston into Bay Area philanthropy, through their stewardship of the Shenson Foundation, a donor-advised fund established by two of Levin’s cousins. Today Levin and Livingston continue the founders’ legacy by giving to the visual and performing arts
Read more

Summer Sampler Serves Up a Buffet of Studio A.C.T. Classes 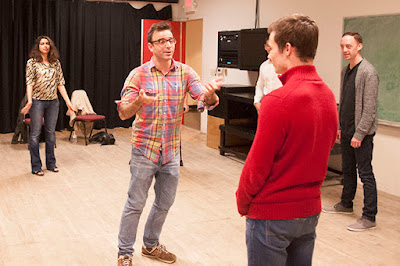 By Taylor Steinbeck Whether you’re a seasoned classical actor or a software engineer with an affinity for the arts, there’s a class for everyone at Studio A.C.T. From playwriting to clowning to stand-up comedy, Studio A.C.T. offers rewarding classes for adults of all levels of theatrical experience where skills can be gained and sharpened. In anticipation of the Fall 2017 Session, 30 Grant’s 8th floor is opening its doors to the public on Sunday, August 27 for the annual Summer Sampler. Studio A.C.T. students practice a theater exercise. Photo provided by Studio A.C.T. Studio A.C.T.’s Summer Sampler gives participants the chance to learn more about a course or an instructor with bite-size versions of a selection of this fall’s classes. The afternoon event is split into four 50-minute sessions, and includes six of fall’s 20 classes: Intro to Acting, Alexander Technique, Improv I, Intro to Feldenkrais, Clowning I, and Intro to Stand-Up Comedy. “This is a gr
Read more
More posts