Showing posts from February, 2016
Show all

Play of the Imagination 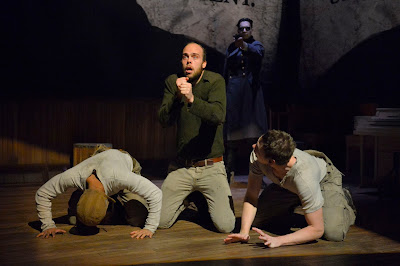 An Interview with Shana Cooper, Director of The Unfortunates

“The Unfortunates is a metaphor for facing hardship,” says director Shana Cooper. “When we fall on hard times, I am always struck by how difficult it can be to open ourselves up and be vulnerable. This show reminds us of the power in community and music. Joe’s journey exemplifies the strength it takes to let someone catch you when you fall.”

After taking on the challenge of bringing Big Joe’s world to life at the Oregon Shakespeare Festival (OSF), Cooper now reimagines this hero’s journey for A.C.T.’s Strand stage. We caught up with Cooper to talk about the play’s inspiration, message, and fresh take on American music. 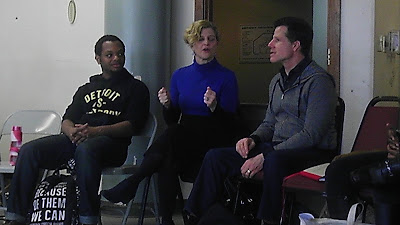 By Simon Hodgson
Bill Rauch is in his ninth season as the artistic director of the Oregon Shakespeare Festival (OSF). While visiting San Francisco for last Thursday’s triumphant opening of the new musical The Unfortunates at The Strand Theater (it premiered at OSF in 2013), he sat down with A.C.T.’s  M.F.A. Program actors for a Q&A moderated by A.C.T. Artistic Director Carey Perloff.

Is classical theater training still relevant?
It’s deeply necessary, but it’s becoming more and more rare. At OSF, there’s a tension between casting new work and casting classical plays. Ideally, you want actors who can play contemporary, classical, and musicals too. Real repertory actors are very rare, because it’s a marathon, not a sprint.
How do you create a season?
At OSF, I was lucky enough to inherit the Boarshead system, where we’ll do readings of potential productions with department heads. When I joined the company, I broadened that circle to include five company members, so we might have a sti…
Read more

Voices Come Together: Storytelling through Music in The Unfortunates 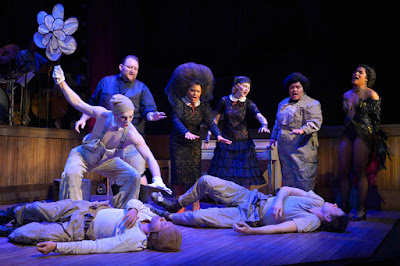 By Cecilia Padilla and Shannon Stockwell The plot of The Unfortunates is strange and engaging, its visual world outrageous and meaty. But it is the emotional score that makes the show so moving. It is the music that brings this group of misfits together and unites them in the face of tragedy.

The Courage to Connect 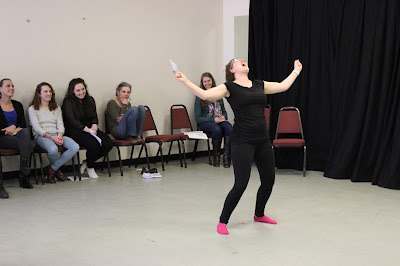 By Shannon Stockwell
When I first got the email, I ignored it. Some of my fellow A.C.T. staff members were getting together to put on a production of The Vagina Monologues, by Eve Ensler, and they were inviting all women in the company to audition.
Audition? I hadn’t acted in years. What’s more, I had gone a long time without saying the word “vagina” in public—I was feeling myself becoming sort of prudish—and it made me blush just thinking about telling people that I was in the show. I rationalized to myself: It’s outdated. It was first performed in 1996. What relevance could the show possibly have anymore?
And then I auditioned.

I’m still not entirely sure why. Maybe I wanted to spend more time with the people I work with. Maybe I missed acting. Maybe something inside me wanted to be able to say “vagina” in public.
And at the first read-through, all of my rationalizations about the show’s irrelevance were thrown out the window. This group of women—many of them my coworkers who …
Read more 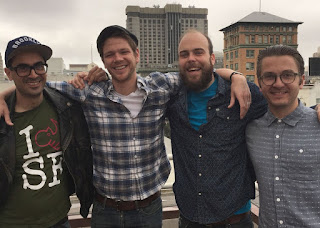 By Simon Hodgson
The Unfortunates started out as a side project for musical collaborators Jon Beavers, Casey Lee Hurt, Ian Merrigan, and Ramiz Monsef. In 2013, with the creative team now including playwright Kristoffer Diaz, the show emerged as a breakout hit at the Oregon Shakespeare Festival (OSF)—an original musical that blended bluesy grit with contemporary syncopations. Over the last couple of years, the musical’s creators have worked with A.C.T.’s artistic team to refine the score and script for a run at The Strand. We sat down with Beavers, Hurt, and Monsef to find out more about the amazing journey of The Unfortunates.
What’s the inspiration behind The Unfortunates?
Ramiz Monsef: The seed of the whole thing is the song “St. James Infirmary.” The first time I ever heard that song was in a Betty Boop cartoon, in which Cab Calloway sings it. It’s this seven-minute-long Snow White cartoon from 1933. I saw it as a little kid and it haunted me.
So, blues and cartoons. Ramiz, don’t yo…
Read more

By Cecilia Padilla There is nothing so uniquely American as jazz music. In its simplest form, jazz embodies the essence of the American people: bold and inventive. The improvisation of the jazz ensemble can even be seen as a metaphor for the American democratic ideal: musicians playing solos have the liberty to express themselves as long as they adhere to the overall structure of the tune—individual freedom but with responsibility to the group. The evolution of jazz music also carries with it the social development of our nation from slavery to the swinging songs of World War II. Musically, jazz contributed immensely to the way contemporary musicians approach instrumentation, composition, and vocal arrangements. It is difficult to find a popular tune today that does not derive from such jazz icons as Joe Oliver, Louis Armstrong, Duke Ellington, and Thelonious Monk. Jazz is the great equalizer; for more than a hundred years, it has been the common ground between blacks and whites, men a…
Read more

Bilingual Play Illuminates the Stories of Women from La Colectiva 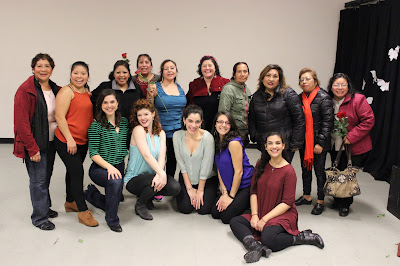 
In mid January, A.C.T. Studio 8G was filled with stories, Spanish and English translation, songs, laughter, and even some Beyoncé. Sky Festival, the annual three-week period during which the A.C.T. Master of Fine Arts (M.F.A.) Program explores and develops student-originated new material, provided an opportunity for M.F.A. students, staff from the Education & Community Programs Department’s Stage Coach initiative, and members of the San Francisco community to create theater together, build relationships, and share their work with the rest of the A.C.T. community.

Following last year’s Sky Festival/Stage Coach production of Stories from the ’Loin (humanizing stories of homelessness in the Tenderloin), M.F.A. second-year student Diana Gonzalez-Morett and Community Producer Rebecca Struch proposed a community-devised theater project that would feature the stories of women from San Francisco who have immigrated from Latin America and are employed as domestic workers.…
Read more
More posts