Showing posts from September, 2012
Show all

A Plague Allowed: The Slow Response to the AIDS Crisis 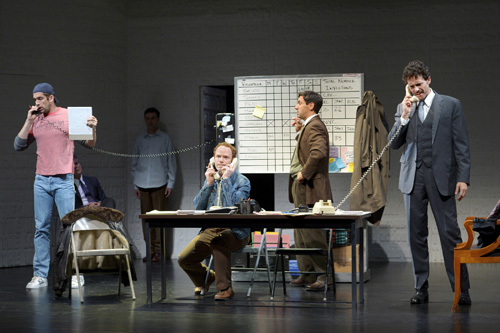 “Please know that this is a plague that need not have happened. Please know that this is a plague that has been allowed to happen.” — from Larry Kramer’s letter “Please Know,” distributed after the 2011 Broadway premiere of The Normal Heart. Click here for more information about The Normal Heart at A.C.T. In 1981, rare illnesses suddenly began appearing in young and apparently healthy gay men. Doctors in New York, Los Angeles, and San Francisco were mystified as they watched their patients die rapidly of infections they shouldn’t have contracted at all. A medical response would take time they didn’t have—time to identify the virus, to develop a drug, and to push the drug through the FDA’s clinical trial process, which took at least four years. The disease was already known on both coasts, suggesting that it had a long incubation period. In short, the known cases were just the tip of the iceberg, and many more people were about to get sick.
Read more
More posts