The Full Her: An Interview with Dinah Berkeley

Dinah Berkeley (she/they) grew up in Evanston, Illinois, a suburb outside of Chicago. After graduating from Ohio University, Berkeley studied in a professional training program at Actors Theatre of Louisville, then moved to New York for a few years. There she became involved with mime, physical theater, and clown, and joined the Broken Box Mime Theater troupe. Berkeley’s focus narrowed to sharpening her acting skills, and after auditioning for graduate programs, she came to A.C.T. 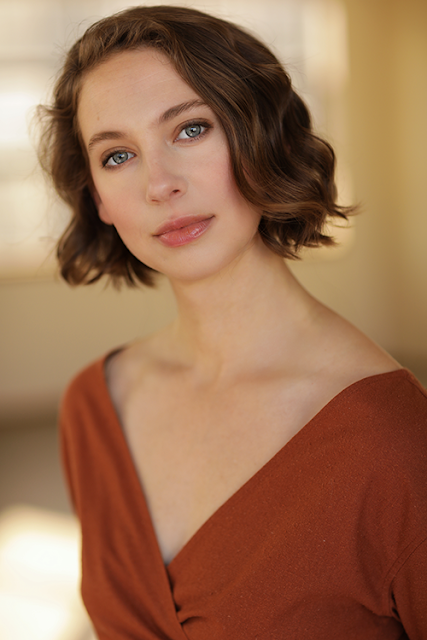 Can you describe your experience being in the MFA Program?
It’s challenged me about what kind of artist I want to be, how I want to present myself. What kind of work I want. I’ve had to be open to things that I might feel resistance to and trust that if I do the work and if it’s not serving me, I can put it aside. But I won’t know that answer until I commit to fully trying.

What’s your favorite part of the Program?
Sky Fest hands down! Having a space and two weeks to delve into our passion projects is one of the most special times of the year. Sky Fest makes A.C.T.’s MFA Program stand out. If you’re interested in writing, directing, and being an actor, you’re able to do all those things. It’s important to know how to produce your own work, and Sky Fest is a little incubator for that. 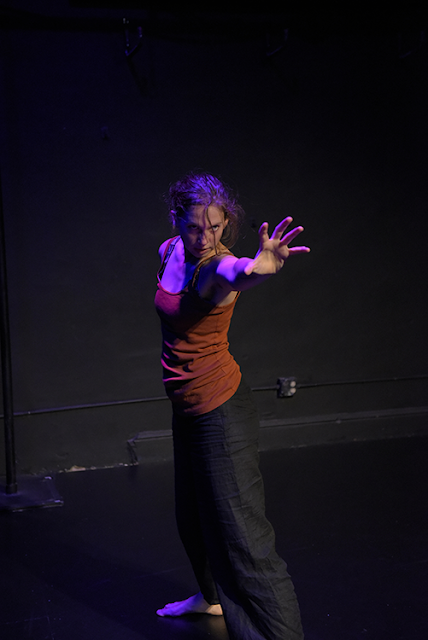 Who inspires you?
I’m a big mover and dancer. Pina Bausch’s work completely blows my mind and was one of the first dance things I was introduced to. In high school, I saw James Thiérrée’s Farewell Umbrella (Au Revoir Parapluie) at Chicago Shakespeare Theater. It’s the story of a family who are broken apart by a storm then have to find each other. It was physical, acrobatic, and image-based, with some opera. I’d never seen theater that wasn’t a couch and a stage. It blew up my perception of what theater could be.

What kinds of roles excite you?
Anyone who’s got a wild life but is also wildly misunderstood. [Laughs] Or who’s viewed as a villain. The Medeas of the world. Or Constance in King John. After Constance’s son dies, she doesn’t get to process everything. We don’t see her again. I want the full her. Women who actually get to process onstage, as opposed to offstage.

I’m interested in telling queer history and queer women’s stories. I love stories that say: queer people and women have always existed just as fully and presently as men. Bryna Turner’s Bull in a China Shop, for example. 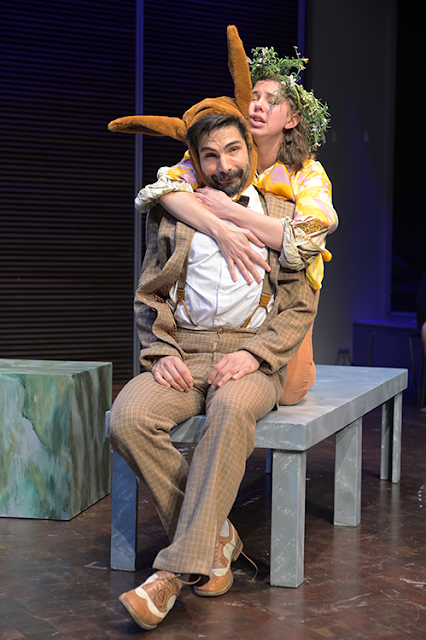 Do you have a personal artistic mission statement?
One thing I think about a lot is that the heart is a muscle and it has to be exercised regularly to be used at its fullest capacity. Also, the distance between all of us is so small. We have special experiences that make us who we are, but if anything had been different, I could be this woman who lives in a castle or that man who lives on the street. That’s so important as an artist to honor and feed your humanity. And feed your demons. Oh my gosh, feed your demons. Feed them love and compassion. But feed them.

What advice would you give to someone considering a career in the arts?
Own who you are and bring that to your art. If you’re someone who struggles with something, if you have anxiety or depression, if you talk a certain way, if you look a certain way, use it as your art. When you accept those things about yourself and use them—that’s when you’ll thrive.