Summer Brown comes from a loud family in Richmond, Virginia. “Growing up the youngest of four, it made me a big observer in how people operate,” says Brown. “My family members were definitely my first scene studies.” Brown is a third-year student in A.C.T.’s MFA Program and is nearing graduation. While studying theater at University of Maryland, College Park, one of her professors told her about A.C.T.’s Summer Training Congress, which she completed the summer before her senior year. “I remember during that summer was the first time that I called my mom and said, ‘Mom, I’m gonna be an actor.’” Since she had decided to purse acting as a career, Brown auditioned for graduate schools, and came to A.C.T. after undergrad.

What has your last year in the Program been like?
Starting this third year with Top Girls [A.C.T.’s season opener at the Geary Theater], I was figuring out what it is to be in a professional rehearsal room working with a director and an ensemble for the first time. In the Conservatory, we’ve been working with the same people for two and a half years. It was a huge educational experience to figure out, “How are you collaborating? How are you listening? Are you taking initiative with your work, and crafting and owning your work in this setting?”

What’s your favorite part of the Program?
Watching the growth of the other artists that I’m working with. I’ve loved seeing that. Being surprised by what my classmates can do, what I can do. I’ve been pushed and stretched in so many different ways through the classwork and shows I’ve done here—in ways that I don’t know if I would have been anywhere else. It’s given me the trust and confidence that I needed to start my career as an actor. 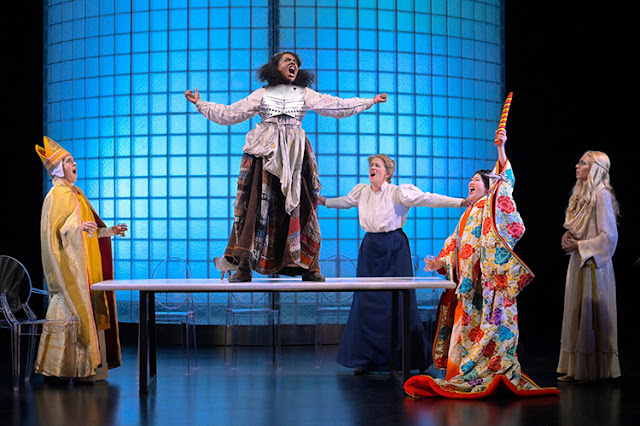 Who inspires you?
When I was working on By the Way, Meet Vera Stark for Sky Fest, Black female entertainers of the past were sitting strongly with me: Hattie McDaniel, Theresa Harris, Pearl Bailey, Eartha Kitt. It’s always so incredible to me—because it’s 2020—and look at the challenges that Black entertainers and actors are still facing today. So to think about what that meant, back in the early and mid-20th century, how radical that was to say, “I want to be a performer. I want to reach people. I want to have a voice that is heard and felt by this country, by this world.” It’s inspiring to me. 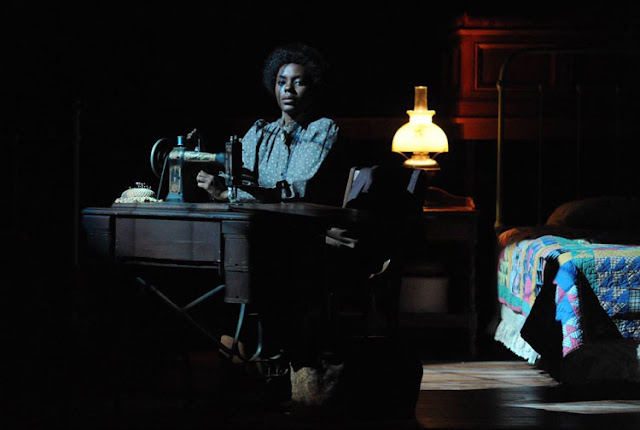 What do you look for in a role?
I want Black people to be able to dream more in the work that’s being created about them. Our stories don’t have to be deeply rooted in trauma and oppression to feel worthy to be told. They can be magical and sexy and goofy and dark and weird and otherworldly. All of that. I think it’s happening and will continue to happen more. The Black imagination is just so huge and it’s such a disservice to everyone when that’s minimized or ignored. So I hope more and more that I provoke that in myself and help bring it to life with other artists. I want to see us exist in all types of capacities.