Empowerment and Happiness: An Interview with Teaching Artist Radhika Rao

The first teacher Radhika Rao encountered was her grandmother, and she saw how far a teacher’s love and influence can reach. “She loved education and her students so much,” says Rao. Growing up in New Delhi, India, Rao remembers being in an elementary school play. But it wasn’t until college that she sought out the drama club. Her first job out of college was teaching theater, and she’s continued acting, directing, and teaching theater ever since.

For the past eight years, Rao has been working as a teaching artist and arts integrator in the Bay Area. She uses theater tools and techniques to further conversations about topics including family, the environment, vaping, and the Black Lives Matter Movement. Rao works with people of all ages to engage them creatively, emphasizing empowerment and happiness in their art and daily lives. Her local work has included A.C.T., San Francisco Shakespeare Festival, TheatreWorks, New Conservatory Theatre Center, Stanford University, University of San Francisco, Larkin Street Youth Services through Cutting Ball Theater, and Leela Improv. For Asian Pacific American Heritage Month, we’re celebrating Rao’s amazing community work. 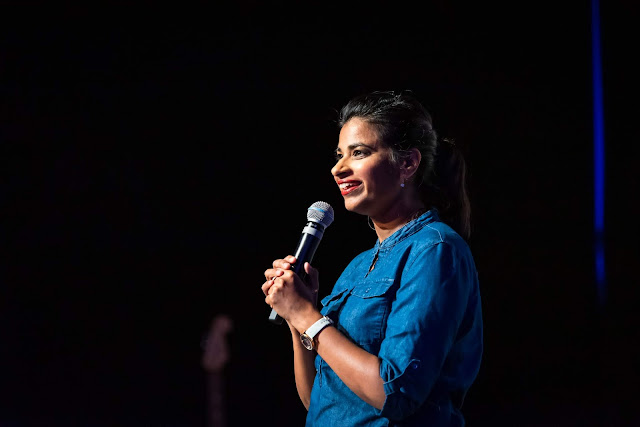 Why is it important to introduce students to theater?
Exposure is important. Unfortunately, most of our students in public school are not exposed to live performance. You don’t know what it’s like until you’re in the room watching a show and feeling those vibrations—seeing that synergy between the actors onstage, the people offstage, and the audience. For many students, student matinees (SMATs) are their first exposure to plays. Once they see it, a lot of them want to do it. Something in your heart just comes alive. You get to see your own stories and other people’s stories onstage. These students have so much energy and so much imagination. When they come to SMATs, that’s reflected back to them.

Can you talk about your work as a teaching artist in the Bay Area?
I was teaching at a school that was exposed to A.C.T.’s Will on Wheels production of Twelfth Night (performed by second-year MFA students). Once the students saw the show, it was easier for me to teach them, because they saw what it looks like to rehearse and put on the show.

I also teach writing and playwriting. One of the most meaningful projects I did was through Juvenile Reentry Assistance Program, in which A.C.T was a major contributor. In collaboration with Aptos Middle School, we organized a one-minute play festival, inspired by a Black Lives Matter Movement play series called Every 28 Hours (every 28 hours a Black person is killed in America). Middle-school students wrote one-minute plays that featured a Black Lives Matter protagonist, either an activist or somebody who’d been killed. It was a way to look at race, race relations, politics to do with race, and also the BLM movement. The characters and scenes they wrote were gut-wrenching. 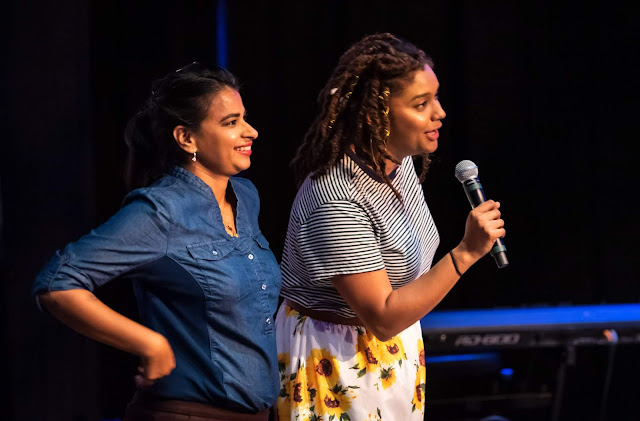 What happens when students get to write their own stories and then perform them or see them performed?
When people told them, “Wow! I didn’t know that you could write such powerful words! That was really meaningful to me,” they almost couldn’t believe it. Most students at public schools aren’t used to being seen or heard. It gives them a sense of pride and that their voice matters.


What’s your personal mission statement?
Individual empowerment and happiness through the medium of theater. My goal is that at the end of my residency, I will have challenged my students just enough that they will be successful and proud of the fact that they pushed themselves. I want them to see a part of themselves that they haven’t seen before. “Who else is inside you?” is the basis of acting. There are many people inside you, so let them out!