Before Pam MacKinnon got a call from her friend Samantha Barrie in 2012, she had never heard of Toni Stone. Barrie, a theater producer and avid baseball fan, urged MacKinnon to read a biography published in 2010—Curveball: The Remarkable Story of Toni Stone, the First Woman to Play Professional Baseball in the Negro League. MacKinnon found the book riveting. “It just works on so many different levels,” says the Tony Award winner and A.C.T. artistic director. “Historically, sociologically, and biographically.” Barrie purchased the rights from author Martha Ackmann, and MacKinnon approached playwright Lydia R. Diamond to dramatize the story of Toni Stone.

“I had seen a few of Lydia’s plays,” says MacKinnon. “Even though we’d never worked together before, I felt like we shared the same theatrical sensibility. I felt that for this play to get written and produced, Lydia needed to write it. She can write really hard-hitting things that are also filled with big, earthy, ribald humor.” The project took seven years to complete. With MacKinnon at the helm, the play premiered at Roundabout Theatre Company in May 2019. Now MacKinnon is bringing it to A.C.T. as a coproduction with Arena Stage. She talked to us about collaboration, transformation, and bringing to life the best baseball player no one’s heard of. 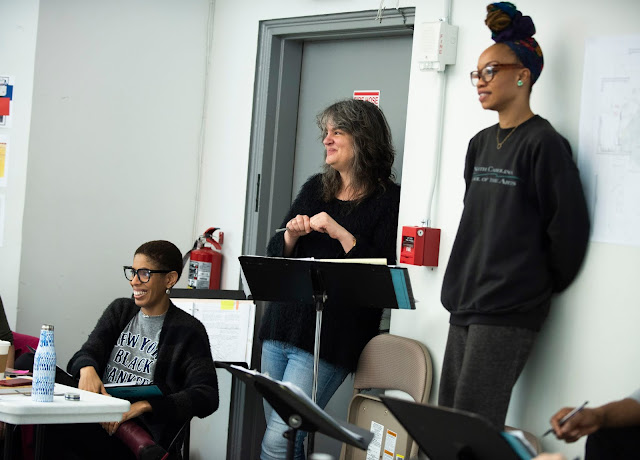 Can you talk about the idea of this play as a collaboration, and how much of a collaboration it’s been getting to this point?
We’ve created this baseball play. Lydia has some wonderful stage directions about baseball movement, that then morphs into something that’s grotesque. Toni Stone played for the Indianapolis Clowns. In the Negro Leagues, there were a few teams that had the designation “clown.” And clowning was part of what they had to do. They had to perform. This was ticket-selling buffoonery. We’re looking back at American performance traditions, minstrel shows, the really ugly stuff. We’re constantly walking a line. At a certain point, we opened up our collaboration to a choreographer, Camille A. Brown. We had workshops that focused on the text, on the movement, and workshops that combined both.

Can you talk about the idea of transformation in the play?
Early on, Toni stone introduces the audience to her team. She’s surrounded by eight men, all dressed in baseball uniforms. As she tells her story, other characters start to emerge. A man who becomes her husband comes out of the team. The female character of Millie is played by another team member. The actor who plays Toni Stone’s mother simply takes off his baseball cap.

Very importantly, some Black actors also play white characters. This is an all Black American cast. We don’t often see a Black American man playing a white man onstage. In this production, we take the time to show that, as opposed to it being a sleight of hand. 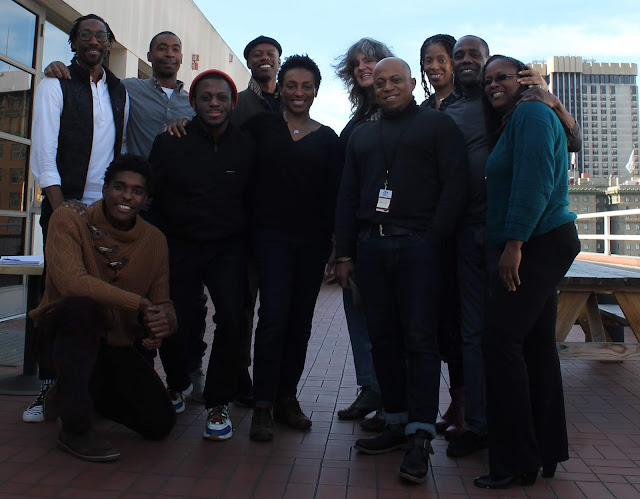 The cast and creative team of A.C.T.'s 2020 production of Toni Stone. Photo by Livian Yeh.


How do you walk the line between entertaining audiences and challenging them?
The play Toni Stone has some amazing characters in it. We get to experience the inside of this exceptional woman’s mind, her ambition, and her drive. I’m happy that people laugh and go on a ride. But American racial history is really screwed up. In Toni Stone, this is a baseball team that had to clown. It demands that the actors go to this deep, ugly well of American performance traditions.

Some people may feel complicit, and then they’re asked to reflect on it, which I think is good. It’s not just for the sake of shock. I like the grayness between entertainment and challenge. I think that’s where theater fits. I’m a firm believer that there are some facts out there, but emotional truth is gray.

This interview is excerpted from the Toni Stone issue of Words on Plays. Want to read more? Order your copy here. Toni Stone is onstage at A.C.T.'s Geary Theater starting March 5. Click here for tickets!