You still have the opportunity to watch Gloria from the comfort of your home. Those who have purchased tickets to Gloria will receive an email with access to the recording. If you missed your chance to purchase tickets, visit bit.ly/ACTStreaming to see our video streaming options, available for a limited time.

To tell the best story, you’ve got to be open to discovery. It’s something Gloria Fight Director Danielle O’Dea always keeps in mind when working on a production. With over 15 years’ experience as a fight director and stage combat instructor, her work in the Bay Area includes A.C.T., San Francisco Opera, TheatreWorks Silicon Valley, and Berkeley Repertory Theatre. Her background in martial arts, strength athletics, motion capture, and stunts provide her with diverse ways to communicate her fights. Whether she’s choreographing and teaching stage combat to seasoned actors or emerging performers, O’Dea emphasizes safety, partnering, and communication. We caught up with O’Dea about her work on A.C.T.’s 2020 production of Gloria. 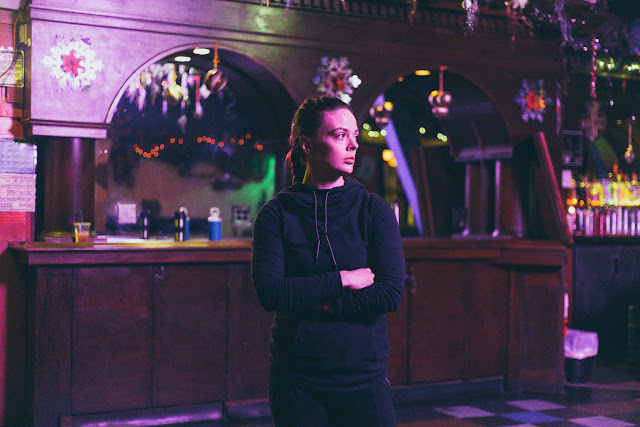 What's your process for preparing for a show?
It always starts with the script. You try to get into the head of the playwright, to decipher why they included violence in their story. Was it for humorous effect, a social commentary, or to reveal something about a character? Then you want to sync up with the director, to make sure your ideas and your vision align. And then inevitably you have to kill one or ten of your darlings. There are a million variations that can be done with every movement, just like dance.

What are you focusing on for Gloria?
The emphasis in stage combat is always on safety, but for Gloria it was REALLY on safety. And not just physical safety, but the emotional and psychological well-being of the performers. Realistic violence like in Gloria isn’t often depicted in theater or film, and so the approach had to be very methodical.

I tried to layer each piece individually: starting with just the shape of the moment, and then transitions, reactions, falls, biological integrity, sound effects, lighting, and finally blood. Checking in with everyone every step of the way. If anything didn’t feel right, we changed it. 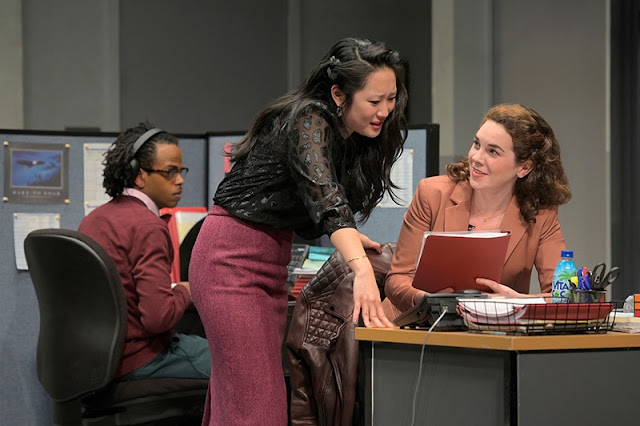 What are you talking about with director Eric Ting about the fight choreography?
There aren’t really “fights” in this show, and so the conversation becomes more about safety and the more technical aspects of the violence, and less about the creativity of fight directing. Eric and the playwright, Branden Jacobs-Jenkins, had a strong vision from the beginning. So, it really was my job to just bring that vision to life, in a safe and effective manner, and something that could be maintained for the entirety of the run.

Between checking in with Eric to make sure each moment matched what he envisioned, I was also advocating for the actors’ and the audience’s safety and comfort. It was really nice to be aligned with him that there would be no “gilding the lily” with this particular violence. Nothing should feel gratuitous or unnecessarily staged. 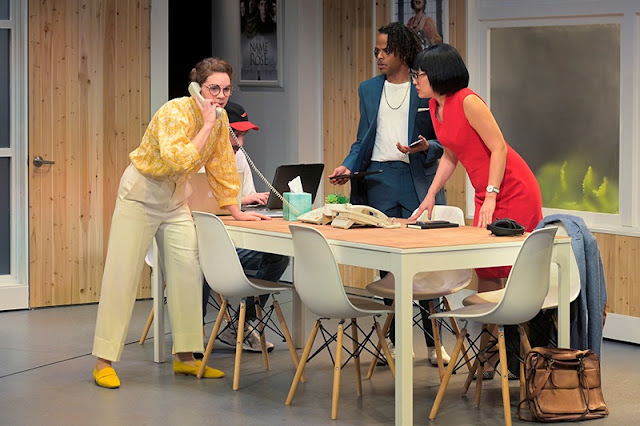 What’s it like working with a group of performers who have different backgrounds in stage combat and movement?
Fight directors rarely get the opportunity to be involved with casting, so there’s almost always a wide range of experience and comfort when it comes to stage combat. The exciting part becomes about creative storytelling, playing to your actors’ strengths, and being open to discovery. If you lock yourself into an idea for a certain moment or move, and an actor isn’t capable of that, you lose the opportunity for exploring something better.

My rule in fight directing (and life) is “the best idea wins,” whether it comes from myself, the director, or a first-time actor. The job is to be a servant of the story. So as long as everyone is aligned with that, you have a lot of opportunities to make theater magic.