Fearless and Fierce: The Women of Top Girls

Who were all these women, anyway? Get a glimpse of these historical and legendary figures’ lives beyond the stage in this breakdown of characters from Caryl Churchill’s Top Girls. 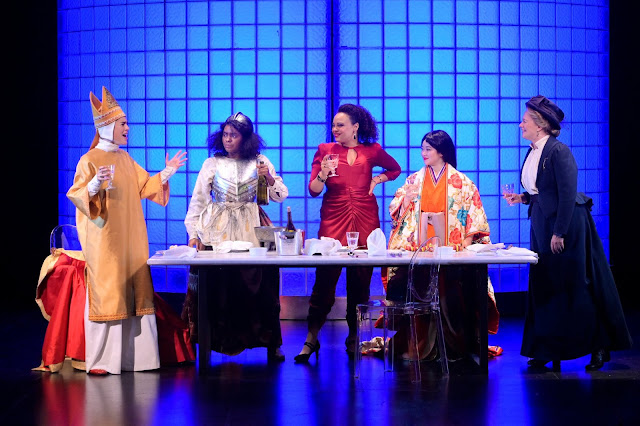 Isabella Bird
In 19th-century Britain, middle-class women were expected to lead lives filled with crafts, music, and church-related activities. But while Isabella Bird’s life began that way, this curious, intelligent woman chose a different path. When doctors prescribed outdoor activity as a tonic for her fragility, she took a trip to the United States to visit family. Traveling set Bird free—the letters she wrote home were full of quirky details, and she turned them into a travel book. In 1872, she toured Australia, Hawaii, and the Western United States, where she fell for a one-eyed trapper. Traveling in the 19th century was often dangerous but Bird was unafraid of risk, disapproval, and discomfort.

Lady Nijo
From Lady Nijo’s earliest years growing up in the palace of retired emperor GoFukakusa, she was raised to be his mistress. Although her privileged lifestyle looked like one of gilded luxury from the outside, her male-dominated world inside the imperial palace was limited to music, painting, and poetry. In 1283, she was sent away from the court. Exile gave the 26-year-old Nijo an opportunity to reinvent herself. After becoming a Buddhist nun, she set off across Japan on a series of pilgrimages, meeting people from warlords to prostitutes, copying Buddhist scriptures, and exchanging poems with warriors and priests.

Dull Gret
In Top Girls, Dull Gret is presented as earthy, reserved, and canny. Late in Act One, however, she opens up—as if her trauma is too much to hold—and her pain pours out in a long speech. As the fictitious title character in an apocalyptic 1563 painting by Pieter Bruegel the Elder, Gret reveals the monstrous atrocities that inspired the artwork: a mother who has witnessed her boy tortured by brutal Spanish soldiers and watched another soldier impale her baby with his sword. She is depicted as a rangy figure striding across the land, in one hand a sword, in the other a cooking pot filled with gold cups. 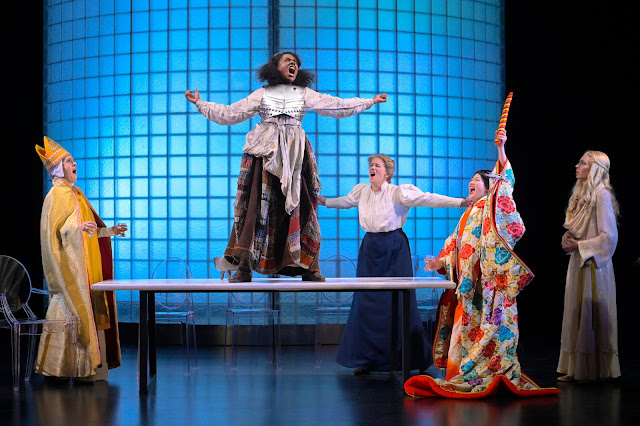 In the chronicles of 13th-century friar Jean de Mailly are the details of a story that historians still debate. Mailly tells of a ninth-century German woman of English extraction whose only way to receive religious education was to disguise herself as a man. Showing an aptitude for learning and languages, Johannes Anglicus (John the Englishman) rose to become Pope John VIII. Having served for two years, 854–856 CE, the pope was suddenly deposed and stoned to death after giving birth in a Rome side street (known ever since as the Vicus Papissa—“the street of the woman pope”).

Patient Griselda
In Geoffrey Chaucer’s Canterbury Tales, Griselda is a modest young woman who is chosen as a wife by a nobleman. Testing her faithfulness, he snatches her children, telling her they will be killed. Years later, he asks her to prepare his second bride for marriage. When Griselda still displays no resentment, her husband reveals that it has been a test—her children are alive and well. Chaucer intended Griselda’s story as a lesson about persistence, but to contemporary readers, it seems closer to torture. Churchill may be mining the divide between those interpretations, displaying a woman who has internalized men’s expectations so deeply that she grants him license even for murder.