A year after bringing the rip-roaring adventure Men on Boats to the Strand, Director Tamilla Woodard is back at A.C.T. with Caryl Churchill’s 1982 play Top Girls. 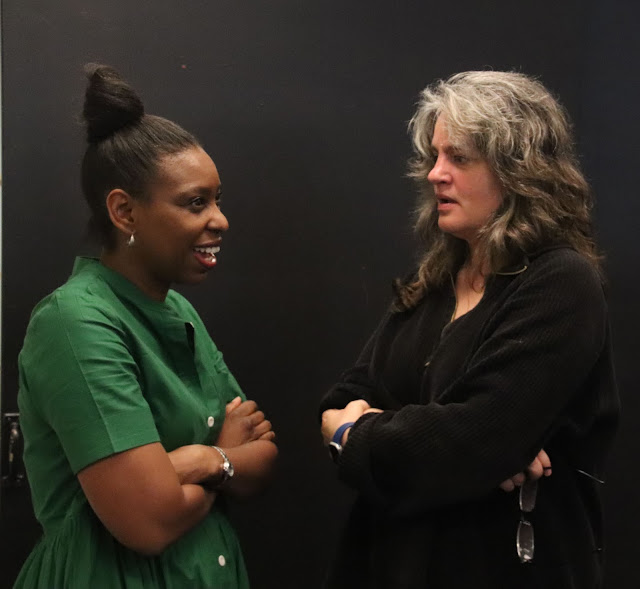 What’s your process as a director? Do you like to do research?
Any play I do, I go as deep as I can. Of course, I think that’s simply part of the job. The more you dig, the more you find and the more you find, the more you need to keep looking. I want to surround myself with as many tools as I can, not out of studiousness but to communicate about the play. First and foremost, I need to satisfy my questions so I go until I run out of time [Laughs] which 99.9 percent of the time is what happens. All of that is fuel for my imagination and decision-making.
One of the things that I do with a play is I sit down and write just pages and pages of the things that are indisputable about the world of the play. It’s Monday morning. This is the first day back at the office after the news of Marlene’s promotion. Or it’s Sunday, the day before Angie will take the bus by herself to London to see Marlene. It’s been a year since Marlene visited. These are the bones of the world. I try not to have giant philosophical questions such as “Why did Caryl Churchill write this play?” but questions like, “How much older is Joyce than Marlene? What are these Mahayana Sutras that Lady Nijo copied? Where is Tobermory? How far is Ipswich from London?” Real, practical questions that will help all of us make the world grounded. I write all those questions out, and then I ask the actors to write all their questions out too. We put them on the wall and then we try to check them off the list as we know more about the play. The stuff that isn’t in the play, I say to the whole company, “This is the stuff we get to make up. This is what makes it our production.” 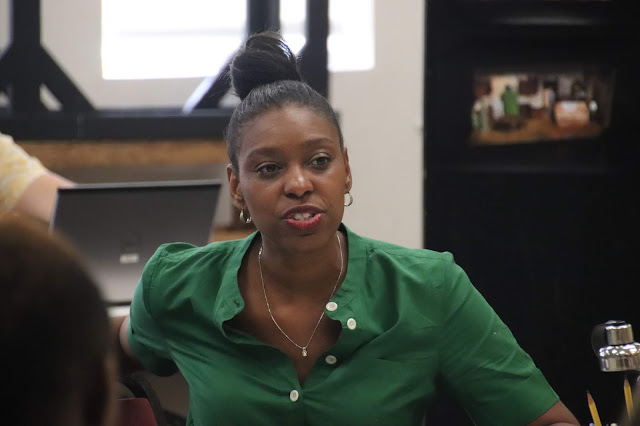 Even in 2019, there are still rules that we as women unconsciously abide by. We tend not to stand up for ourselves because we don’t want to be labeled as aggressive. We feel that we can’t leave the house without makeup on. When you take a step back, these are nonsense rules designed to keep us confined.
We’re talking about supremacy a lot in my circles. When the value or worth of something is defined by its resemblance to a dominant cultural experience, that’s supremacy. When women no longer need to define themselves in reference to maleness—not as “the opposite sex” or “a guy would never do it like this” or “man up” and so on—when we can think outside of systems of supremacy where something is defined by its proximity to the more accepted thing, then we can imagine a new world.
We have to unmoor ourselves. I’m thinking about imagination and invention and not reimagination or reinvention; take the “re” away from things. We have old systems that we keep referencing and we think that we can use the old system and turn it into something different. No. There’s no rehabilitation. We have to be fearless about bringing forward a new way of doing.

This interview is excerpted from the Top Girls issue of Words on Plays. Want to read more? Order your copy here. Get your tickets to Top Girls now!
2019–20Season CarylChurchill ClaireLWong ElspethSweatman PamMacKinnon TamillaWoodard TopGirls WordsOnPlays