Seven Things You Didn't Know about the Kilbanes

Bay Area rock band the Kilbanes are creating imaginative work that leans into the “experimental” of “experimental theater.” They combine their indie sound with rock-concert lights and projections to create engaging, immersive spectacles focused on communicating timely, moving stories. Weightless is one of their most acclaimed rock operas. The premiere at Z Space last year was such a hit that it’s back by popular demand, this time in A.C.T.’s Strand Theater.

You’ll see the Kilbanes performing their own work next week on the Rembe stage, but here are some offstage details you won’t get from the show.


1. The two members of the Kilbanes—Kate Kilbane and Dan Moses—are married. In 2003, they met at a pizza joint in Brooklyn. “Kate was in line ahead of me,” says Dan. “She was looking overwhelmed at the slice selections, and I, a frequent solicitor of the establishment, offered some unsolicited advice about which slice I thought was best. Kate then invited me to sit down and eat with her, and we talked for over an hour. True story.”

2. Kate and Dan live in Oakland with their three-year-old daughter Hazel, who’s already preparing to join the band. 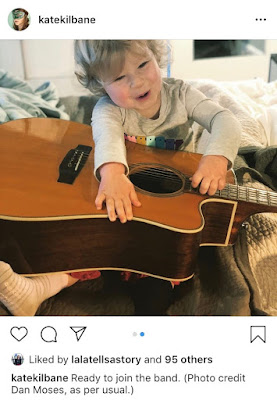 3. They’re really into Greek myths. Their first rock opera—the medea cycle—re-imagines Euripides’s classic, and Weightless is a translation of Ovid’s Metamorphoses. Kate’s parents were both English professors, so she grew up on these stories.

4. Their work has been workshopped at Berkeley Repertory Theatre’s Ground Floor Program (2014), TheatreWorks’ New Works Festival (2016), and the Public Theater’s Under the Radar Festival (2019), among others.


5. They’ve collaborated with prominent playwrights such as Lynn Rosen and Lauren Gunderson (most produced playwright of the 2017–18 season).


7. The Kilbanes will be at A.C.T.’s New Strands Festival this year, and we’ve commissioned them to write a piece for our Young Conservatory.