When asked what he thought his play Chester Bailey was about, playwright and television writer Joseph Dougherty responded with a quote from Harold Pinter’s Old Times: “There are things I remember which may never have happened but as I recall them so they take place.” This is the undercurrent of Chester Bailey’s vivid imaginings while recovering from a tragic shipyard accident that has left him blind and without the use of his hands. “But he copes with it through imagination and what he chooses to remember,” says Dougherty. “I believe part of what makes us who we are is a mixture of what we remember and what we imagine.” 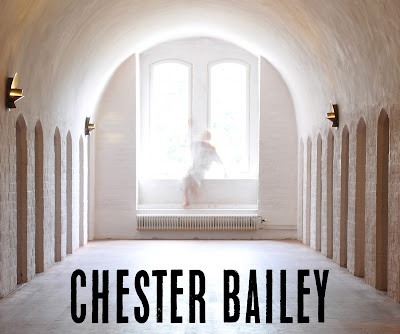 We had the chance to speak with Dougherty about the mysteries of the play, the imagination, and the fine line between memory and reality.

How did you come up with the premise of Chester Bailey?

I saw a short article in the newspaper about someone who experienced cataclysmic injuries, including loss of sight. Although doctors confirmed that the person was blind, the patient was “in denial” about what happened. I wondered what that would feel like. I began by writing some dialogue in response to the article. What I’m about to say may sound very flaky, but I just waited around for the characters to show up and start talking. Then I wrote down what they said. I think it started with Dr. Cotton telling me about the case.

Imagination plays a big role in Chester Bailey. Why is imagination an important theme for you?

There’s a hunger for narrative in every human being. We’re storytelling creatures. It’s the only thing we have over every other animal on the face of the planet. We use narrative to understand ourselves and what we experience. And sometimes we base our narratives on fiction without realizing it.

Do you think that Chester’s imagination is a positive or negative force?

In Chester’s situation, his imagination is a matter of life and death, much more so than it is for most people. It’s the thing that is sustaining him. Chester takes his own version of the story and builds a private reality. That’s why Chester carefully repeats the same details of the accident. His story may not be entirely true, but it’s exactly what he needs to hear in the moment.  And he knows he has to hang on to it.

I wanted to take away this cocoon of communication that we have right now—cell phones, wireless contact. So much of the play is about face-to-face communication, I wanted audiences to be able to concentrate on a language they might not hear on the street or read online.


Setting Chester Bailey in 1945 turns down the noise and allows the audience to sit and have an intimate experience with two characters, to lean in and hear the story. We’re all creatures telling stories by the fire. Maybe I’ll understand what you’re telling me now, or maybe I’ll remember it later and it will be of value to me long after we’ve parted.