The “Heartprint” of The Orphan of Zhao, How Ink Art Influenced the Production 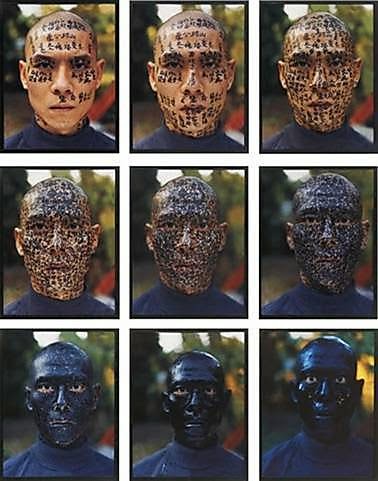 “The centerpiece of this whole play is when Cheng Ying finally has to tell his son who he is. But it’s so painful and frightening that he can’t—so he paints a scroll. Cheng Bo looks at his life in the scroll and discovers who he is,” Orphan of Zhao director Carey Perloff told the cast and design team at the first rehearsal of in May. Costume designer Linda Cho agreed, “We talked a lot about this being a story that’s written down. It’s a legendary story.”


The crucial role that writing and painting play in The Orphan of Zhao led Perloff to an exhibit at New York’s Metropolitan Museum of Art called Ink Art: Past as Present in Contemporary China. The exhibit, which opened in December 2013 and closed April 2014, was the first major exhibition of Chinese contemporary art at the Met, and featured about 70 works by 35 artists. Every piece of artwork was inspired by ink, which has been the principal medium in Chinese art for over two millennia.> 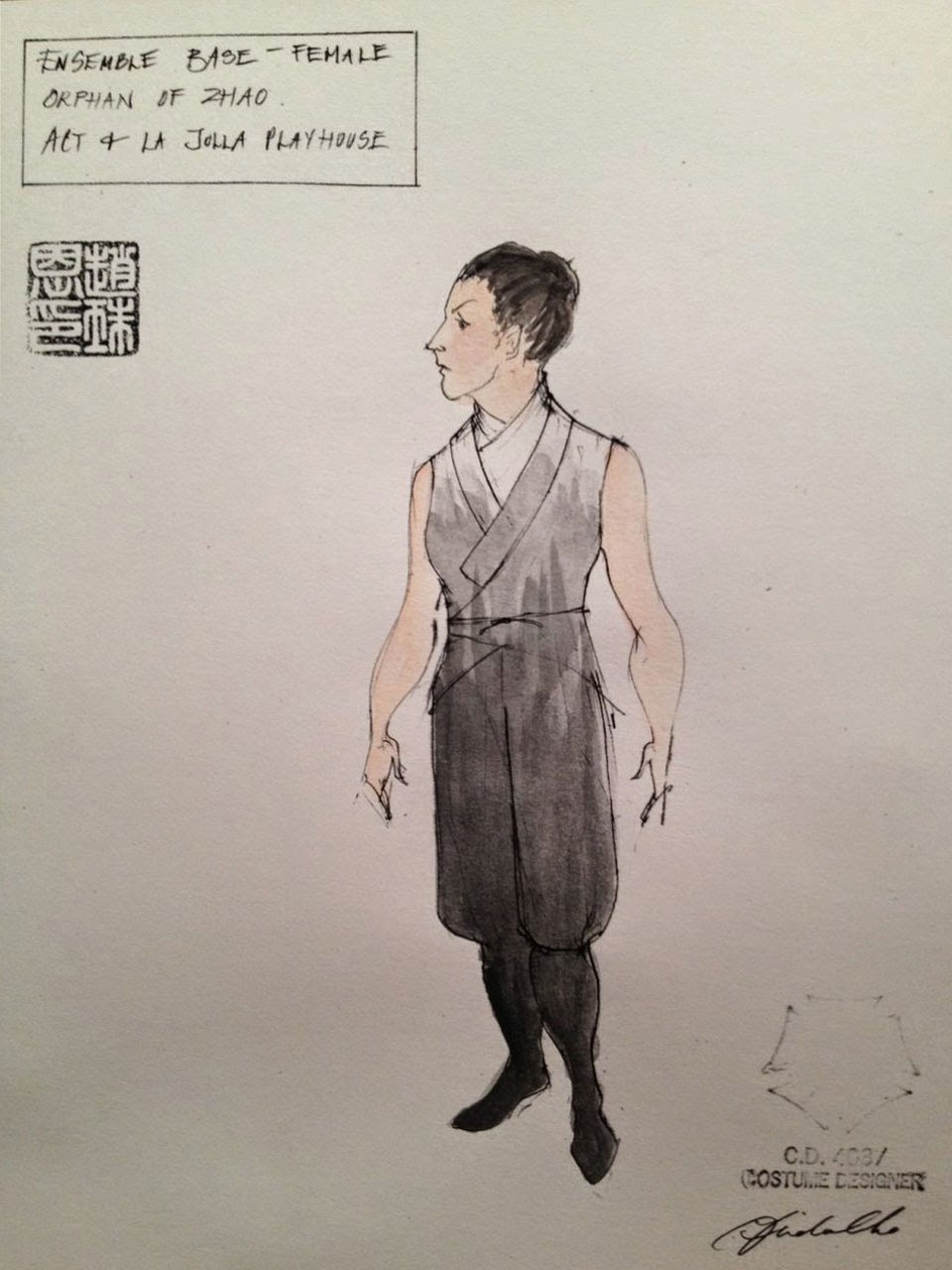 “It’s among the most amazing contemporary work I’d ever seen,” said Perloff of the exhibit. “It plays with this notion of inscription: What are our stories? How do we tell our stories? What is the relationship of physical character to those stories?” The influence of the ubiquitous nature of ink in Chinese art is apparent in Cho’s costume design; for example, the basic unisex costume all cast members wear is a painted tunic that looks as though it has been dipped in ink: 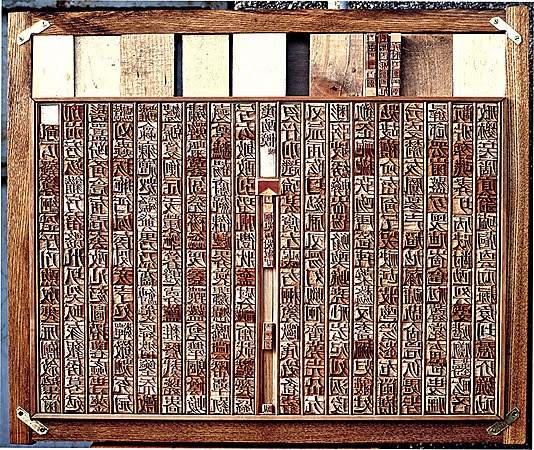 More specifically, Cho was inspired by the piece Book from the Sky, which was first mounted in China in 1988 and has traveled the world since. The piece, created by Xu Bing, features several large scrolls covered in what appears to be Chinese calligraphy. However, upon closer inspection, the viewer learns that none of the characters are actual Chinese letters, and the scrolls are gibberish. According to curator Maxwell K. Hearn, Book from the Sky is a response to “the often blatant contradiction between propaganda and reality, words and actions, in a China where doctrine, news, and history were continually being rewritten and texts could no longer be trusted”—an analysis that also seems to fit The Orphan of Zhao. 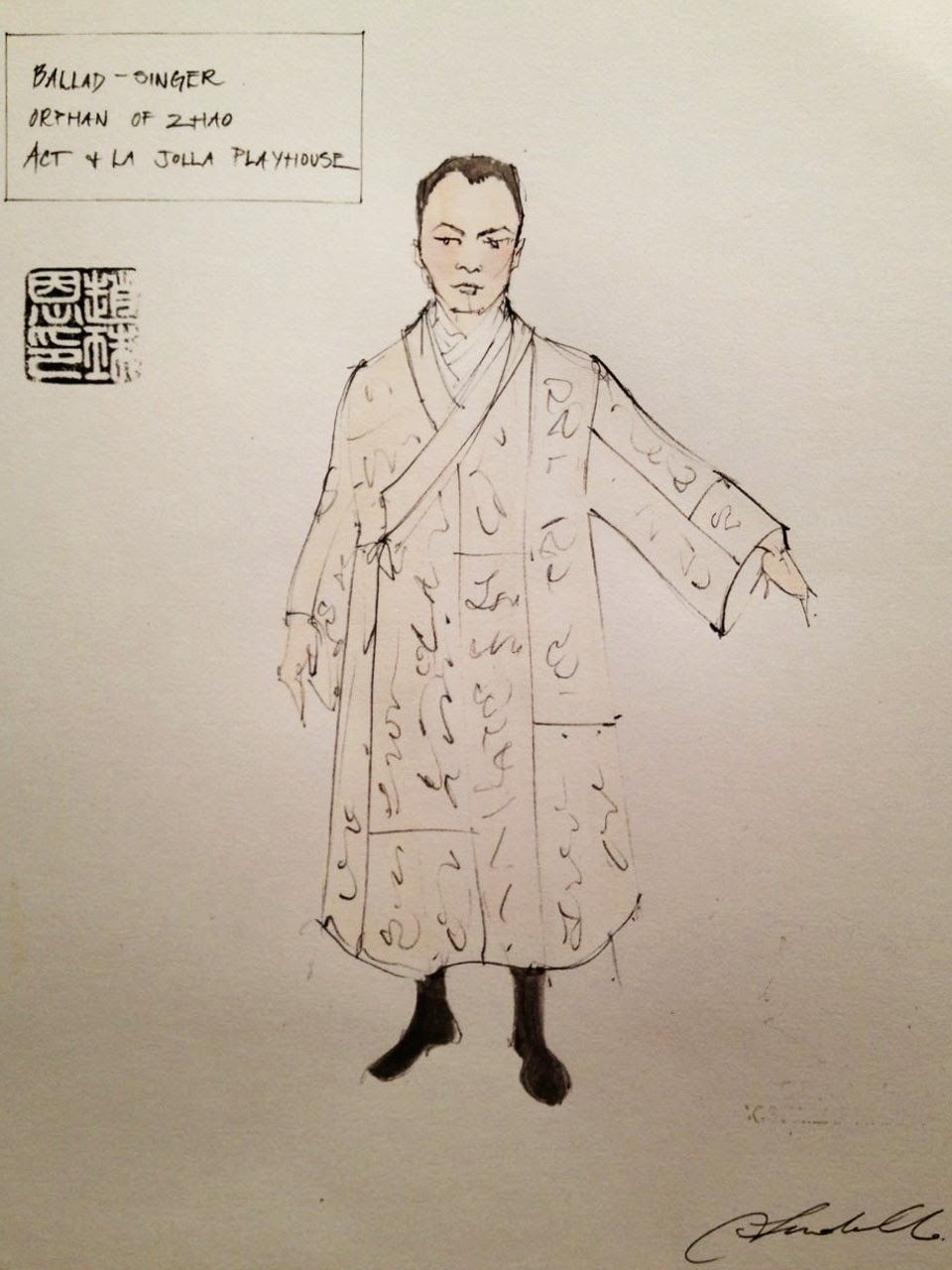 Cho applied a similar style of abstracted writing to the costume of the Ballad Singer, whose beautiful poetic songs frame the show and summarize the tale the audience is about to witness. Cho was attracted to idea of a costume covered with unintelligible writing because it “steps away from being a historical reproduction of anything.” This aesthetic influenced her costume design, which she describes as “abstracted historical Chinese.”


Just as Perloff and Cho found calligraphy to be central to the story of The Orphan of Zhao, Hearn believes that it is “China’s highest form of artistic expression as well as its most fundamental means of communication.” Not only do the words themselves convey meaning, but the way an artist forms a character is significant. A practitioner might draw upon the work of artists before him or her, and, according to Hearn, “every trace of the brush carries the autographic handprint or ‘heartprint’ of the individual, reflective of his or her intellect, emotions, and connection with the past. Thus have Chinese cultural traditions been sustained and renewed.”