Music Clues in Venus in Fur

As a sound designer, it is my job to produce the sound and music for a production. At A.C.T., I designed the sound for Venus in Fur, Napoli!, 4000 Miles, and Higher, as well as numerous Conservatory shows. With each new production, my entryway into a play relies on clues in the script. My preparation begins with reading the script several times, allowing my mind to imagine what the world of the play sounds like: natural soundscapes, sound effects and musical textures that might support the play. Every once in a while, however, the playwright gives music clues that transcend setting and music and reach into the characters.


Venus in Fur, we are introduced to Thomas, a playwright and first-time director holding an audition for a stage adaptation he has written based on Leopold von Sacher-Masoch’s Venus in Fur. He has decided to direct the show himself (“within an inch of its life”) since his previous plays have been “misguided” in the hands of other directors. Thomas tells Vanda—the woman who abruptly blows through the door after auditions have ended—that he plans to use Alban Berg’s 1926 composition “Lyric Suite” for show music:


THOMAS. I'm only doing this because no director ever seems to get things exactly right. Having lived through one misguided production after another ...
VANDA. That's why you're so perfect. You can make it right. You can guide it.
THOMAS. I've got it all plotted out, too. I'm going to use Alban Berg's Lyric Suite for transition music.
VANDA. Yeah! Great!
THOMAS. Do you know the Lyric Suite?
VANDA. No! But you see? You understand this stuff from the inside, and these people.


Vanda—who is very late for her audition—seemingly knows very little about the book (and play) when we’re introduced to her. She is, however, familiar with the 1967 Lou Reed song “Venus in Furs,” which is indeed based on the same novella. 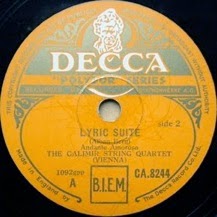 These two music compositions are quite different from each other, as are the two characters. Immediately the audience is given a way into the characters and we begin to build our assumptions. Thomas, the playwright/director, is quite excited about his choice of Berg’s “Lyric Suite” and, as a sound designer, I like his choice because Berg’s music supports the emotional currents of the novella. “Lyric Suite” is composed using a method inspired by Arnold Schoenberg’s twelve-tone technique. This approach to composition uses a chromatic scale, meaning that instead of a selection of musical notes to be played rooting a song in a specific musical key, it uses all the notes. The effect is sometimes highly discordant and flies in the face of our musical expectations. Given the subject matter of the novella (about a man who was whipped by his aunt as a child and now has a sexy albeit abusive fetish), the unbalanced feeling one gets from listening to “Lyric Suite” seems fitting for the story. The music clue of “Lyric Suite” might tell us that Thomas is erudite and well-read, but it also introduces us to that sense of imbalance.


Vanda, on the other hand, does not come across as erudite. Our initial impression of her is not remarkable. When she and Thomas begin to talk about the play, she seems to know very little about it:


THOMAS. Have you read it?
VANDA. I kinda flipped through it quick on the train. So what can you tell me? This is like based on something, right? Besides the Lou Reed song? "Venus In Furs"?
THOMAS. This is based on an old German novel called Venus In Fur—singular—by Leopold von Sacher-Masoch. 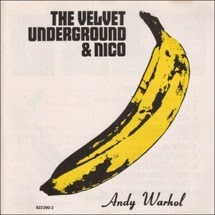 Our impression is that her only knowledge of this story comes from the Reed song released on the album The Velvet Underground & Nico—a record that makes the short list for all required-listening college playlists (right up there with Bob Marley’s Exodus and Radiohead’s OK Computer). The song “Venus in Furs” is a nice little slice of the book and, in its own way, evokes a similar discordant feeling. This is accomplished with a wailing viola line and Reed’s octave-tuned guitar, rather than using a chromatic scale.


These music clues help establish a dynamic at the top of the show: it appears that Thomas is the default expert on the story and that Vanda has a lot to learn.


Of course, this is just the beginning of the play. Ives makes a concerted effort to set-up the characters in this way, but where is he planning to go from there? Perhaps Thomas and Vanda are just this simple, though I don’t believe that would make for an interesting night at the theater. I think the most useful clue is that both pieces of music play with the sense of balance; both compositions employ unsettling tonalities. The effect is disconcerting because it’s not familiar. We don’t know where we are and we don’t know where we’re going.