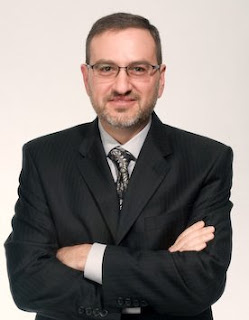 Effective lawyers understand the limits of juror fairness and their ability to put aside preconceived notions. David Mamet’s play Race, which I saw this week in San Francisco, is a perceptive look at how trial lawyers navigate the unspoken value systems of juries. The play unfolds in a law firm conference room as three criminal defense lawyers brainstorm how to defend their wealthy, white client against charges that he raped a young black woman.

Juries are generally good at deciding simple facts: whether a light was red or green, whether a promise was made or broken, whether a statement was misleading. Other cases have hidden landmines for the lawyers. Cases involving issues of race, religion, gender, power, or wealth are traps for the unwary. White cops versus black suspect. White male executive versus young female subordinate. Corporate manager versus Muslim employee. In such cases, the jury deliberations can easily get away from the evidence, arguments, and law—unless the lawyers provide an easy guide through the thicket.

When it comes to hot-button issues, jurors will bring to the deliberations not only their preconceived notions, but also an awareness of societal norms. For example, white jurors agree that racism is bad and may be persuaded to render a verdict that avoids tagging the juror as a racist. Most of these issues won’t be addressed directly at trial and may not even be discussed in the jury room. But these notions—some deeply ingrained even if never spoken aloud—will have an effect on the verdict that may be more profound than what transpired in the courtroom.

Lawyers can use these preconceptions to advantage or attempt to counter them. However, they ignore the hot-button issues at their peril. In an era in which a black man is president, some like to think society has transcended racism. In the words of jury consultant Doug Keene (from his blog The Jury Room):


The bottom line is this: do not assume race doesn’t matter in your case. Race always matters. The question is how and in what direction. Don’t go to trial without knowing.

In his book White Guilt, author Shelby Steele (who is a friend of David Mamet) provides an interesting explanation of the O.J. Simpson verdict that is on point:


In the O.J. Simpson murder trial, defense attorney Johnnie Cochran used the fact that Detective Mark Fuhrman lied on the witness stand about having ever used the N word to assert that the entire mountain of evidence pointing to Simpson’s guilt was likely contaminated with racism. . . .

Cochran succeeded in making the trial a contest between the empirical evidence and global racism, between fact and the reputation of racism for distorting and manipulating fact.
As the cynical senior lawyer of the play explains, it’s not about factual guilt or innocence. It’s about competing fictions put forth by the prosecution and defense. It’s not necessarily which story explains the facts better, but which one affirms a juror’s sense of justice. Hence, a jury exonerated O.J. Simpson (despite the forensic evidence linking him to the crime) because 50 years ago, a black man facing similar charges would have been convicted. Rough justice was done.

Race is smart and engaging. It tackles issues of race and gender bias without being preachy. And it has the pacing of a good legal thriller. Lawyers in the audience will appreciate the realism. It may not qualify for CLE credit, but it’s time well spent for students of jury behavior and trial strategy.