A Safe Bet: The Value of New Work Development

Preparations for Tales of the City are in full swing at the American Conservatory Theater on Geary Street, with the first audiences arriving for preview performances in exactly a week. Meanwhile, a few blocks away in A.C.T.’s offices and rehearsal studios, we’ve been working with a different time frame in mind. All through May, A.C.T. plays host to playwrights and directors from around the Bay Area and beyond, giving them the time, space, and resources they need to keep developing their latest works-in-progress. These in-house workshops, which range from a few hours to a few days, and most of which use our M.F.A. Program actors in their casts, are not intended lead to full productions. But, as Artistic Consultant Beatrice Basso explains below, they are still vital to the future of the theater in the long term. 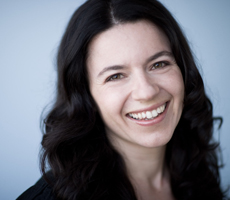 For the artistic team at A.C.T., planning a season is as close as we get to high-stakes gambling. We want a thousand people to see our mainstage performance each night. With eight shows a week and month-long runs, we’re aiming to reach a lot of theatergoers.

There is no magic formula that guarantees a full house and an engaged audience, but there are steps we can take to increase the odds. One of these is spending time and resources on identifying and supporting artists we believe in or are curious about, so we can offer them the chance to explore new ideas in private and behind the scenes. This is one of the dichotomies of the theater. It’s a public art that’s meant to be shared, but it often needs to be nurtured in a safe and secluded environment, where there is room for embarrassment, vulnerability, and failure.

Over the course of the year (through colleagues, agents, festivals, and other means), we identify projects that we think might be a good match for this city, at this time, in this theater. Then we set aside time for an intense series of workshops that brings together A.C.T.’s core company and M.F.A. Program actors, our artistic staff, and—most importantly—those outside playwrights and directors who excite us.

This doesn’t mean that every project we spend time on will be seen someday on our stage. We might arrange a workshop because a certain play fits the pedagogical needs of our M.F.A. students, or because a great writer is in town and we just want the chance to experience his or her latest work. But every time we engage with a new playwright or director or adaptor, the experience expands our mind-set and gives us a richer palette of possibilities for seasons to come. And for projects to which we’ve already committed a fully staged production, workshops provide the safe space to grow that they need early on in the creative process, long before they arrive at Geary Street.

This year, we’re doing all these things. We’ve brought in Linda Gaboriau, who translated Wajdi Mouawad’s Scorched from the French, to help us do dramaturgical work on the play in preparation for next season’s mainstage production. Our graduating students will be exposed to Teatr Zar, a Polish theater company performing at the San Francisco International Arts Festival, whom we are eager to learn from and (who knows?) even collaborate with in the future. We’ll hear from such new local voices as Lauren Gunderson, who is bringing a draft of a brand-new play that we haven’t even seen yet, and Christopher Chen, who is presenting a project that we read early in the year and are now intrigued to see on its feet. There are veteran voices in the schedule, too, like New York artists David Greenspan and Keith Reddin. A new German play recently took Europe by storm, but elicited a range of responses in our artistic staff. Simply put, some of us consider it a candidate for the mainstage, while others do not. The solution? Give the script to a strong director, along with a cast, a rehearsal studio, and a few days to work, so we can get a better sense of the piece’s potential. And then . . . discuss again!

From a certain angle, these workshops could be seen as a game of chance: we may gamble on ten new projects, hoping that one of them will reach the mainstage and be seen—and cherished—by our audience. And yet those nine other pieces also have great value for us, because they become intrinsic parts of our artistic conversation. They might provide fresh comparisons or contrasts for other projects in development, or expose us to new perspectives and aesthetics that influence our season-planning decisions in future years—even if the specific piece might not be a perfect fit for us. And in the end, each workshop is a chance to build a relationship with an artist. Really, it’s less a bet than an investment: today’s new voices might be creating tomorrow’s mainstage (or second stage) premieres. 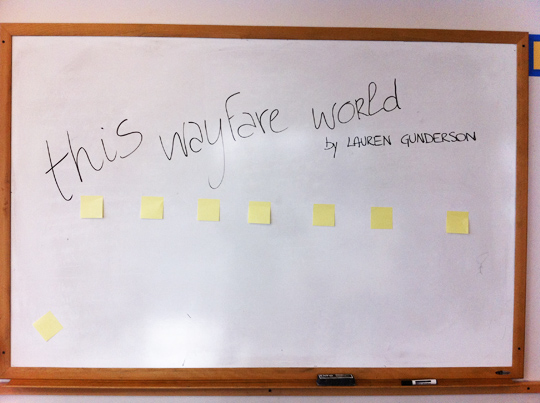