Will on Wheels: The A.C.T. Master of Fine Arts Program Takes Shakespeare to Bay Area Schools

This is the complex story that the A.C.T. Master of Fine Arts Program class of 2012 has been taking to ten middle and high schools around the Bay Area this week and last, in its fifth annual Will on Wheels performance tour. And, amazingly, the school kids are totally getting it. Shakespeare’s language can be difficult enough to understand even in plays without twins, let alone multiple sets of twins. But thanks to the combination of director Domenique Lozano’s inventive staging and the M.F.A. Program students’ energy, commitment, and clarity, the story is impossible to miss.

At Oakland School of the Arts last Tuesday, more than 70 middle-school-age drama students crowded into a classroom to watch the morning performance. They were attentive, engaged . . . and in stitches. When the performance was over, they were bursting with questions for their older peers: How do you get into character? Is it hard to perform the acrobatics? How long do you rehearse? Do you get paid? The M.F.A. students had a great time sharing the wisdom of their experience and training with their junior cohorts.

Take a look at some great photos of the performance below.
—The A.C.T. Intern Blog Quadrumvirate 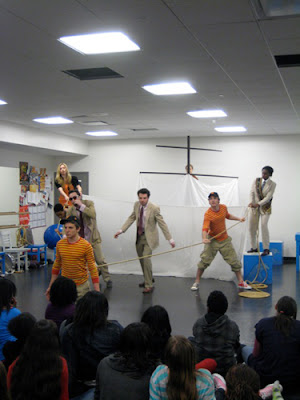 The story begins at sea. 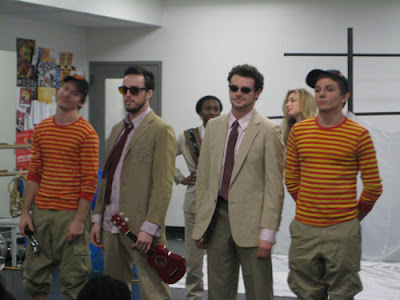 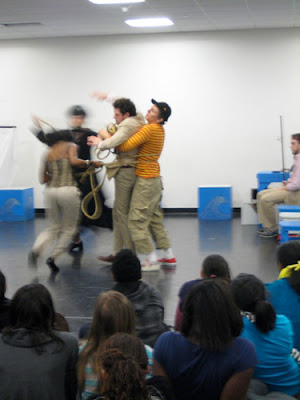 Antipholus and Dromio are all tied up:
(L to R) Courtney Thomas, Jessica Kitchens, Alexander Crowther, and Ben Kahre. 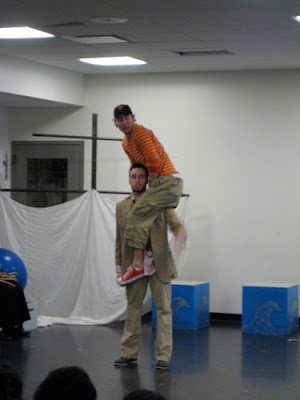 Antipholus and Dromio don’t know what to make of this strange land
where everyone knows their names: (L to R) Matt Bradley and Ben Kahre. 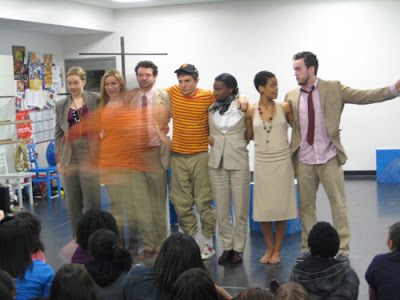 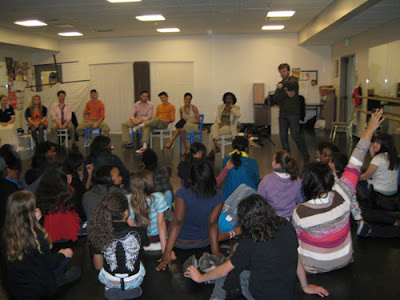