The Rings of the City: On Class, Race, and the Urban American Landscape

- January 14, 2011
Issue-rich plays like Clybourne Park—which deals with such fraught subjects as gentrification, race, and the flimsiness of liberal sentiment—tend to throw the dramaturgy and publications departments at A.C.T. into a gleeful frenzy of research, fact-finding, and heated debate. For the past two months our offices have been littered with maps of Chicago (where Clybourne Park is set), statistics about the racial makeup of the Bay Area, photos of old Chicago bungalows and high-rise housing projects, and YouTube videos showcasing the race-based humor of Dave Chappelle, Dick Gregory, and Richard Pryor (the play is a comedy, after all).

To bring some of that research and debate to our audience, A.C.T. has arranged a new discussion series, Experts Talk Back, during the Clybourne Park run. Five experts in various aspects of urban development will participate in postperformance in-theater conversations about some of the provocative issues raised by the play.

This week, A.C.T. Publications Intern Emily Hoffman trekked over to Berkeley to do some in-person investigation with one of those experts, UC Berkeley Professor Richard Walker. Professor Walker teaches in the geography department, specializing in economic geography, regional development, capitalism and politics, cities and urbanism, resources and environment, class, and race. His books include The Capitalist Imperative: Territory, Technology, and Industrial Growth and The Country in the City: The Greening of the San Francisco Bay Area. He is currently working on a book tentatively titled City at Bay: The Making of the San Francisco-Oakland Metropolis. He shared with us his passionate views on class and race and how their intersection shapes the geography of modern urban life.

If you would like to discuss these issues with Professor Walker in person, make sure to stop by Experts Talk Back at the American Conservatory Theater after the 8 p.m. performance on January 27.
—The A.C.T. Intern Blog Quadrumvirate 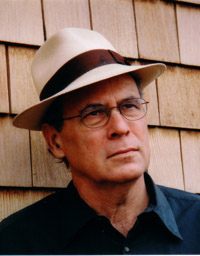 But it can certainly have racial implications. We know that race and class often align. Although they are different, and they don’t align exactly as the old Left thought they did, they do align a lot. And race can give gentrification an inflection that’s often meaner or nastier. In the Bayview [neighborhood of San Francisco], you have a process of gentrification where you see some real displacement: black people just can’t afford to stay there anymore. They’re selling out—often because their house is their only asset—and they’re moving to the ’burbs. Also, young black people don’t have the money to compete in the San Francisco housing market. So you’re seeing a really dramatic decline of African Americans in San Francisco.

It’s interesting what you say about class, because class isn’t something that’s explicitly talked about in the play.
Race is hard to talk about. The disjunction between the obvious of what people look like, which is race in gross, and our desire to overlook the specific effects of actual discrimination makes the issue extremely tense. Class isn’t tense, because no one talks about it. We all just say “the middle class.” That’s the great American myth, that everyone’s middle class: it’s bullshit. I guess the only good news of this last horrible decade is that people are kind of willing to talk about the super rich again, often critically. But there’s a lot of confusion about who that is, and that’s a confusion that the Republicans and the Right exploit very well. They tell the people in Kansas, “It’s those queer theater people in New York who are oppressing you,” which is simply not true. On the other hand, the liberals don’t want to face up to it either. They don’t want to cop to the fact that to be a lawyer or a doctor or a professor is to be a part of the elite. Class is complicated, and class is ugly, and class is ill-considered, and we don’t even have a language, we don’t even have terms with which to discuss it. In Europe, class is easier to talk about. The discussion doesn’t necessarily make for a revolution, but at least they talk about it. We [in the United States] don’t even gather data about it. In France, they don’t collect data on race. We have great data on race, but we have crappy data on class. They actually have data on class.

As a geographer, how do you see class struggle play out in the landscape of a city?
A lot of my writing about cities, and what geographers write about cities, is about struggles over space. Fights over the urban landscape. What you see and what you get today is a result of decades and decades of struggle over various spaces. Some of the successful struggles have left you with bits of the urban landscape that you find “charming” or “lovely,” like historical preservation struggles or battles over restricting downtown development and saving Chinatown or North Beach. Even today, just to say, “Let the market decide, people who have the money can live where they want,” is simpleminded. You also have the right to fight that, to say, “No, the market is not God, it doesn’t have the right, and people with money don’t have the right to make all of the decisions.”

What sorts of data do you collect for your writing about cities?
Almost anything. We [urban geographers] are pretty eclectic. You can use census-type data, like a social scientist; you can use archives, like a historian; you can do interviews and ethnography, like an anthropologist. Some of the evidence we use that no one else uses is the physical landscape. We use buildings and street patterns. I try to teach the students in my urban field class to look at a map and say, “Wow, that kind of a street pattern is weird. How did that happen? It must be a sign that this was a new development that was stuck onto the older city.” It’s using all that cartographic and physical evidence, literally the landscape we look at. If a plaster front on a building is being torn down and I see a brick wall exposed, I can see, “Oh, that was actually a brick warehouse.” I can look at the brick and tell you if it was pre-industrial brick, 19th-century brick, or 20th-century brick. Cities are like trees—you can read the layers like tree rings.

We printed out racial demographic maps of Chicago and San Francisco for the walls of the Clybourne Park rehearsal room, and they’re fascinating.
All you have to do is throw up a map of where people live by race, and segregation and inequality are just obvious. Then I throw up a map about life expectancy. There’s a nice one that the Alameda County people did, in the East Bay, and it’s stark. Or you do income and race, and you see that the upper-income people are white. 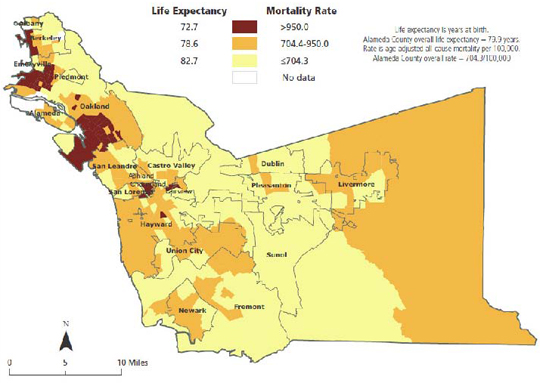 That’s not enough, of course, because you can lie with maps just like you can lie with statistics, just like you can lie with words, and you can lie with plays. They can be very revealing and they can mask the truth, too. A lot of people think that maps are the objective truth. But there’s a whole history of people writing in geography about how maps are instruments of power. The whole history of mapping going back to the European conquest reveals that maps are literally a tool of conquest. That’s why governments always send the military guys out to map territory. That was one of the first things the Europeans did [in the Americas] so they could suppress the Indians, draw their boundaries, allocate the land, sell it off, and say, “This is our national territory—don’t step on it.” Maps have a very dual life.

Where is gentrification taking us? What does the future look like for American cities?
This gentrification discussion needs to be put in the context of how cities are essentially transformed every generation. In every new era of capitalism and modernity we shift the things we want. Take electronic infrastructure: we want Wi-Fi everywhere now, which means rewiring the city. Whereas in 1900 creating infrastructure meant getting sewers and fresh water supply, and digging up everything to do that. Every new generation redoes the city. When you’re young, you think, “Oh, this is the city. This is what cities look like. I know what New York looks like.” But you’ve got no idea! My New York and your New York and the New York of my parents are three radically different spaces.

As Marshall Berman famously pointed out in his book All That Is Solid Melts into Air, it’s our cities that are our greatest monuments to modernity. And the remaking of the physical landscape is often the way we see, interpret, and talk about modernity.
BruceNorris ClybournePark GearyTheater InterACTEvents RichardWalker