A New Audience for Marcus

A.C.T.’s dramaturgy intern, Zach Moull, one fourth of A.C.T.’s blog quadrumvirate, has been doing double-duty, serving as the assistant director for Marcus; or The Secret of Sweet in addition to his literary duties. He’s been privy to some of the amazing outreach events that a play like Marcus can facilitate, including a recent presentation to at-risk teens. Enjoy his description of the day, and check out the photos by former A.C.T. Marketing Intern Timothy Faust below!
—The A.C.T. Intern Blog Quadrumvirate

A couple of weekends ago, the cast of Marcus; or The Secret of Sweet welcomed an audience into the rehearsal room for the first time since the production's opening rehearsal, when we welcomed a group of LGBT teens to an early read-through of the play.

Four weeks into the rehearsal process, the play was up on its feet and on its way to the stage. But Marcus is filled with moments that call for the actors to connect directly with the audience: the characters soliloquize, they announce their stage directions, they let the house in on private thoughts, jokes, and feelings. Such moments simply cannot become complete and meaningful in a closed rehearsal room. So the cast jumped at the special opportunity to play to a full house while the production was still taking shape.

The particular audience made the day even more exciting. Randy Taradash, associate director of marketing and promotions at A.C.T., arranged for five community groups to bring some 35 at-risk teens from all over the Bay Area to our rehearsal studios for the afternoon. For most of these teens, who face challenges like poverty, abuse, gang violence, and unstable living conditions, this was their first trip to the theater. They were shown the first act of Marcus up close in our cozy studio. Then they had a talk-back session with the cast, asking thoughtful questions about the creative process, the world of the play, and the emotional journeys that the actors had to travel. Afterwards, they met with Randy and their own group leaders to discuss what they had seen more intimately. (They’ll be back after opening night to see the whole show in the American Conservatory Theater.)

As the assistant director for Marcus, I'd seen the scenes that were performed on Sunday more times than I can count. But I hadn't yet seen performances so fresh, so detailed, and so alive. The cast opened up their performances to the whole room, engaging the audience and channeling their energy into the work. It made me excited to think about how the show would grow to fill our enormous theater space after we made the move down Geary Street to begin previews.

Marcus isn't only a coming-out story, though it certainly is a beautiful one. We've learned over the past weeks that Marcus deals with so many of the challenges of growing up: How do we sort through the influences that surround us? How are relationships redefined on the brink of adulthood? How do we find our place within a community? This is a play that speaks honestly about a difficult time in anyone’s life. So we were thrilled to have the opportunity to show Marcus to an audience that might understand it most. 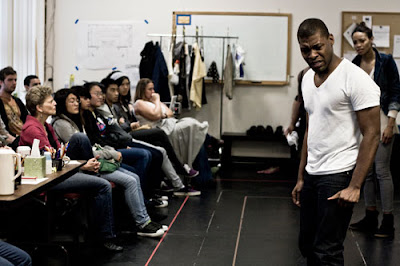 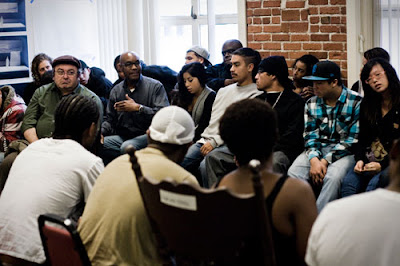 The cast of Marcus; or The Secret of Sweet (backs to camera)
face high school students for a talk-back session. 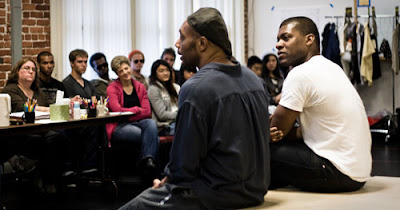 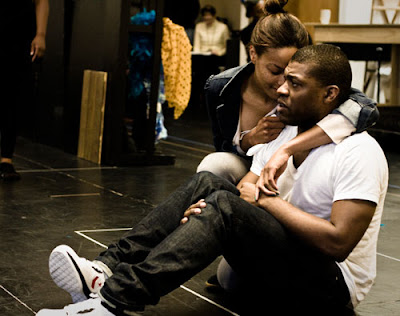 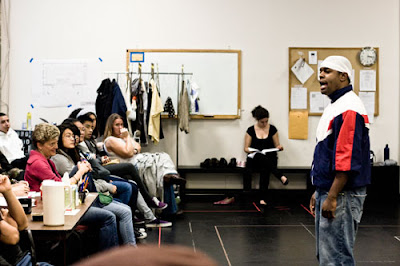 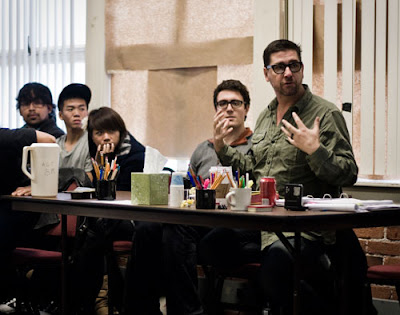