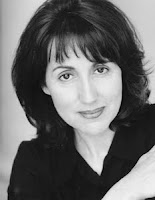 A.C.T. Associate Artist Domenique Lozano is creating a brand-new translation of Bertolt Brecht’s The Caucasian Chalk Circle with special permission from the Brecht estate. She writes about the process of facing this daunting task.

The experience of translating this beautiful play has been wonderful overall, but I sure am glad I didn’t know what I was getting into. By that I mean, I began the process by just taking one step at a time. I would do this one thing, and then the next, and I didn’t really think about the pressure of getting the script done. I didn’t dwell on the deadline, or the expectation of creating something that would have enough meat on it to feed the cast, stimulate the director, and keep the audience engaged. I would just think, “Well today, I’ve got to sort out the Simon/Grusche scenes.” No one at A.C.T. ever pressured me; there was only support from Carey, Michael, and from John Doyle. As if I’d done this before, as if they had absolute faith in me. So I never really sat in that place of doubting whether I could do this. I sort of wrote in a cocoon of bliss and support. Now that I’m on the other side of it, I think, I probably should have been more freaked out about the whole thing—after all, there is a fair amount of pressure and expectation riding on this—but I remain grateful that I was oblivious to it! As for the writing, there is a solitariness to it that I enjoy very much. At times dense and dry, other times it’s flowing and you’re sailing through it. This is German of the people, not in verse, not fancy in any way. It is a direct pulse, right into the heart of things. People say what they mean for the most part. Subtext is not Brecht’s forte in this piece.

I decided to approach the process of translating very directly. I first scanned the whole play into my computer and did a literal translation, aided by the Collins online dictionary and my mother, to whom I am so very grateful. After that, I worked through and did a first draft letting the language begin to sound like something a human would actually say, leaving the literalness of it. Then after John Doyle decided on the main casting for the roles, I went through the text again, this time allowing who was playing the roles to inform the language. Then John and I spent another weekend together, and we went through the text, thinking about who these people were even more specifically, and that shifted the language again. The whole process has been about layers revealing more layers.

The trickiest thing is translating something that is idiosyncratic, or very specifically German that has no English counterpart. It’s like trying to translate a joke in German to English—it never works. The Germans are roaring over that duck that smoked a cigar, and we Americans are going “Huh?” Some things even my mom didn’t know, so we would just make our best equivalent.

Working with John has been truly wonderful even from the first day in the room, auditioning the Master of Fine Arts Program students. There is something about him that allows people to do their best work. Something that simply and very clearly brings that forth. He is very direct, very kind, very present. He listens like no one I know. He makes me feel as if I know what I’m doing, and I’m doing it brilliantly. And that allows me to do my best work.
BertoltBrecht DomeniqueLozano GearyTheater TheCaucasianChalkCircle