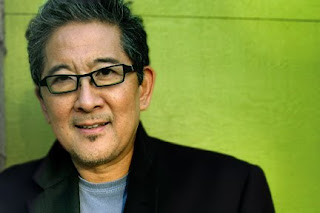 January is new-play development month at A.C.T. Although we continue to work with playwrights on new works throughout the year, First Look heats up this month with a series of readings and workshops. The readings are not open to the public, but you can find more information about this program here.

One of this January’s featured writers, Philip Kan Gotanda (author of the A.C.T.–commissioned hit play After the War) shares his thoughts about making a career in playwriting.

Young writers: I would encourage working to cultivate relationships with theaters you respect. More specifically artistic directors. This is as important as the work itself. A playwright is someone who writes plays that are produced, not sit in someone’s hard drive. I think it wise to have working relationships with more than one theater. Ideally a larger, nationally respected institution, then a smaller black box experimental house, and finally, in my case, an Asian American–centric theater. They can’t individually serve all the specific aesthetic and political needs of your work, but collectively they can serve you more fully as a total artist and career playwright. A.C.T. has been my large institutional home and allows me to have the highest production values possible, access to the very best talent in the nation, and a launch that will receive national if not worldwide profile. The black box experimental house has been Intersection for the Arts: Campo Santo, which has allowed me to push my work to the edges without feeling I was not allowed to fail—artistically or in terms of audience attendance. In some form or fashion you have to go beyond your known aesthetic skin to grow, and that sometimes means failing. Not that you want to. It’s simply a by-product of making work that is inventively cutting new artistic territory for you. And, finally, the local Asian American Theater Company provides a place to return home—to help other young artists, pass on knowledge; to work with others who share a common social, political, ideological shorthand in hopes of expanding its definition and maintaining its relevancy to current times; and to remember one’s beginnings.
ACTNewWork AfterTheWar PhilipKanGotanda