January 10, 2010, marks the 100th birthday of American Conservatory Theater’s historic home, originally known as the Columbia Theatre, later dubbed the Geary Theater, and finally renamed the American Conservatory Theater in 1996. James Haire, who has been with A.C.T. for more than 35 years, kicks off our online celebration of this unique and special building, which has been home to some of the most incredible theater artists of the last century. 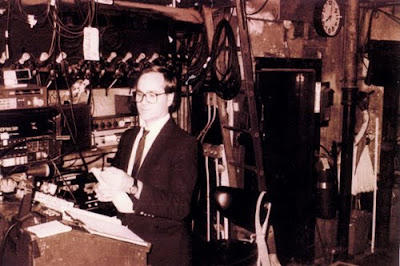 In the early days of my career, I spent about ten years stage-managing on Broadway before coming to A.C.T. During that time, I worked on several national tours, traveling throughout the United States with various plays. We played most of the country’s larger cities, and during these treks I remember three theaters as being particularly outstanding due to their enlightened architecture, which made both performers and audiences feel somehow “special.” The first was the Colonial Theatre in Boston; the second, the Winter Garden Theater in New York; and the third, the Geary Theater in San Francisco.

In reality, the Winter Garden is a big barn of a theater, but when I saw West Side Story there as a student, there was no reality involved. I felt that production changed my life and, hence, that theater has always had a hint of magic about it for me. When I actually stepped onto the Winter Garden stage in 1970 as a stage manager with my own musical, Georgy, I thought I was in heaven. Unfortunately, after a week of traumatic previews, Georgy opened and closed four performances later. My elation was short lived.

My love affair with the Geary has lasted much longer. As I said, I played here a couple of times while I was on tour, but in 1971 I was asked to come to A.C.T. on a one-year contract. I didn’t want to stay out of New York for too long and lose all of those contacts I had built up, so the one-year time limit was my idea. Well, I don’t know what happened, but I’m still here. During that first year, I found A.C.T. to be a combination of the kind of very idealistic theater one always wants to find after leaving college, and the professional theater I had been a part of in New York. It was the work, of course, that kept me, but it was also the theater itself.

There is a certain something about our stage that is unique. It makes me, as a theater artist, feel special just working on it. The relationship of the stage to the audience is close and comforting. It’s a relatively large theater—1,000 seats—but in spite of its size, the feeling of intimacy is very tangible. When I say intimacy, I’m referring to the relationship of the actors to the audience, and vice versa. Actors are able to communicate with the audience and form a close emotional bond. In that way, the audience feeds the actor as the actor feeds the audience. This being said, the building is also heroic in size and stature, and inspiring in detail. I believe it was the Geary itself and its raked stage that lifted up A.C.T.’s early work to the same heroic scale. It was necessary for A.C.T. to rise to the drama of the building itself, which it easily did thanks to Bill Ball’s visionary view of art and artists. Just think of some of those memorable early plays: Tartuffe, Cyrano de Bergerac, Taming of the Shrew, and many others. I’m sure we all have our favorites.

It was the earthquake of 1906 that brought this special theater into being, replacing an earlier theater (located a couple of blocks away) that had been lost in that historic temblor. Ironically, the Loma Prieta earthquake of 1989 brought the theater to its knees, turning A.C.T. into a “touring company” overnight. The situation was touch and go for the company for quite a while, and we didn’t know if the Geary would ever be the same again. Thanks to the efforts of many San Franciscans and donors across the country, as well as our “new” artistic director, Carey Perloff, it has risen like a phoenix, showing off its 1906 splendors to modern audiences. The postearthquake renovation strove to uncover and highlight many of the architectural details and original colors, much of which had been obscured over time. In retrospect, it seems like a miracle that we were able to save not only the company, but also this amazing playhouse. I take both great professional and personal pride in helping this fabulous landmark celebrate its centennial. I hope each of you takes the opportunity next January during our centennial celebration weekend to walk on this stage and feel as “special” here as I always have.
GearyTheater GearyTheaterCentennial JamesHaire